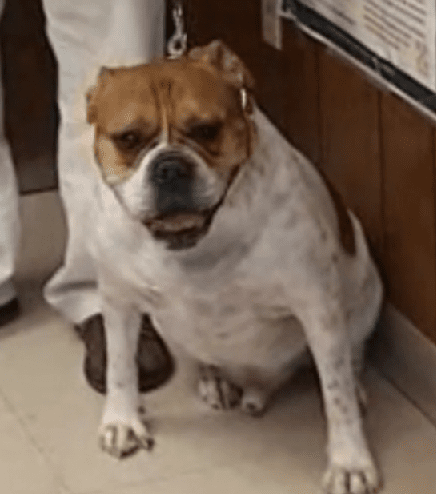 Bubba, a 2-year-old bulldog, has been suffering from hip dysplasia. His owner, Bob Cook, is determined to help him have a better life no matter what the cost.

Over the past few months Bubba’s condition has been deteriorating. “He can’t get comfortable, can’t lay down, because of the pain, so he sits up and stares at the wall all night, which is tough to watch,” said Cook.

Unable to watch Bubba in pain Cook researched on how he might be able to help him. That’s when he found out about regenerative stem cell therapy. Cook brought Bubba to the Abbot Animal Hospital in Rehoboth, Massachusetts. Dr. Ashraf Gomaa works there and is the only doctor in the area certified by MediVet America, the company that developed the technology.

The procedure will extract fat from Bubba. That fat is then processed in a machine where it is broken down to get healthy stem cells. The healthy stem cells are then injected back into Bubba in his hips. “Replacing the bad cells with new cells,” said Gomaa. “There’s no harm whatsoever, there’s no side effects whatsoever – because we are using that animal’s own fat cells.”

The procedure isn’t cheap, costing around $3,000 dollars. For Cook the money is being well spent. “To me, $3,000 isn’t much to ask to give him back a normal life so he can run and jump.” Dr. Gomaa hopes to see improvement in Bubba within a few weeks.