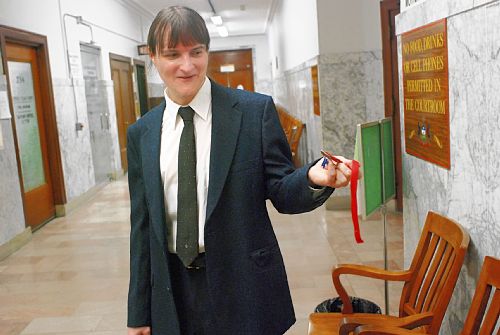 PITTSBURGH — A judge is considering whether a Pittsburgh-area man can legally change his name to Boomer the Dog after a short-lived television series.

The man who went to court Tuesday is 44-year-old Gary Guy Mathews, of Green Tree. He is a fan of the 1980s NBC series “Here’s Boomer,” which featured a dog who rescued people.

But he’s also an enthusiast of Anthrocon. That’s an annual convention of people dedicated to anthropomorphism, the practice of attributing human characteristics to animals.

Mathews says his friends already call him Boomer, as did his late parents, though that took some persuading.

Allegheny County Judge Robert Folino says he’ll take a couple of days to decide. He says he could nix the request if it results in “unintended consequences” like being “seen as bizarre.”

Update: As much fun as it might have been to see this happen, a judge denied the request late last evening. Mathews is expected to appeal.