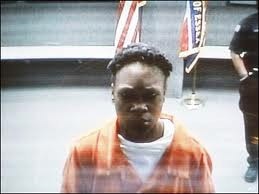 Charged with two fourth-degree offenses for tormenting and torturing an animal, the New Jersey woman accused of starving a pit bull and throwing it down a trash chute was back in court today as a crowd demonstrated outside the courthouse in support of the dog.

Kisha Curtis plead not guilty to animal abuse charges, yet prosecutors maintain that the Newark resident left town for a week with the dog tied to a railing, starving in her apartment.

The judge in the case is expected to consider future court dates and could possibly schedule a trial. Curtis also faces two abandonment charges that could land her in jail for up to six months.

An earlier video is provided for those unfamiliar with what has come to be known as The Patrick Miracle.