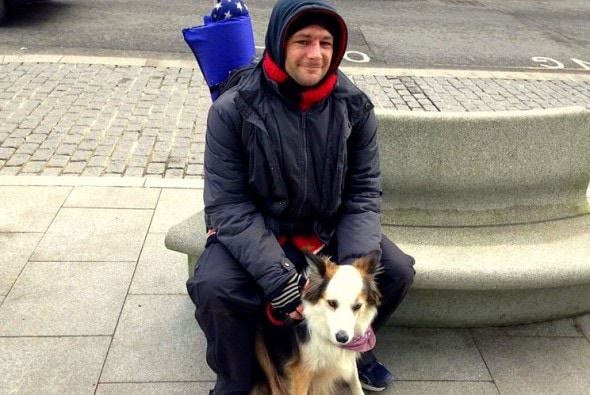 A very alert and sensitive dog saved her owner and a friend who had been walking with them along a cliffside in Cornwall, a popular tourist destination in the UK.  Moments before tons of earth slid from the clifftop, Hazel fled, leading the pair away from the edge.

Matt and his dog Hazel were hanging out on a bench at Great Western beach in Newquay with their friend Aimee Jones on Thursday when the intuitive dog dashed away from the edge.

“We were just sat there chatting when Hazel started sniffing a little crack at the top of the cliff,” Aimee told the Mirror.

“Suddenly she bolted away and both Matt and I got up to see what was happening and that’s when the cliff went.

“There was a rumble and a snapping sound and it just fell away.” 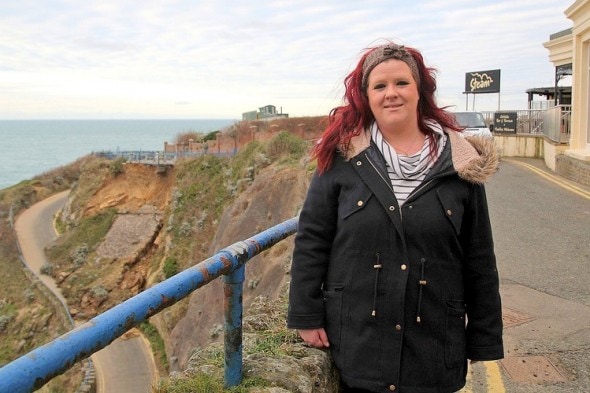 “It was just a leg’s length away from us. We both ran as fast as we could – even twisted my ankle running away from it.

“But it’s as if Hazel had a sixth sense. If we’d had stayed where we had been we would have been dragged down.

“I thank my guardian angel – and Hazel.”

Tons of earth crashed down onto the road below, which thankfully is seldom used.

“It’s not used by vehicles particularly, unless they’ve taken a wrong turning and are headed towards the beach,” explained Barbara May, manager at the Great Western Hotel. 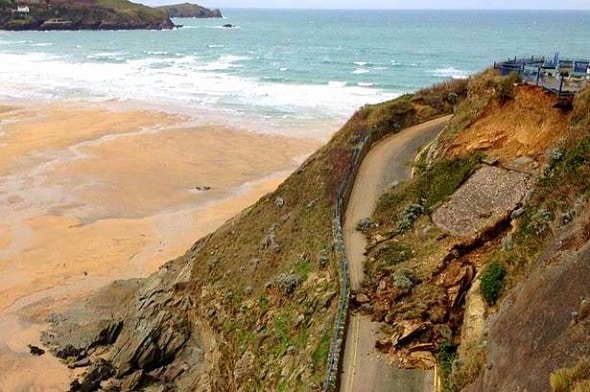 “It is used by the emergency services, but it’s the main footpath down to the beach, so a lot of tourists and local people who are walking dogs use that road regularly.”

Though Newquay police have warned people away from the area as a precaution against any further erosion, curiosity is got the better of visitors.

“The hotel is packed now with people coming for a cup of coffee to have a look at what’s happened,” said one hotel worker.

“I didn’t feel anything, but just saw all of the guests staring out of the windows. At first we thought there must be something in the ocean, so the bar supervisor rushed out and then he came running back in saying ‘there’s been a landslide.’”

“It’s messy, but it could have been much worse if it had happened in the summer,” noted bar supervisor Ian Rabey.  “It’s right at the top where the benches are.” 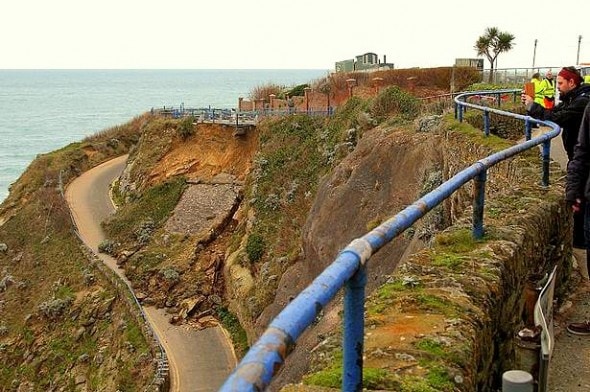