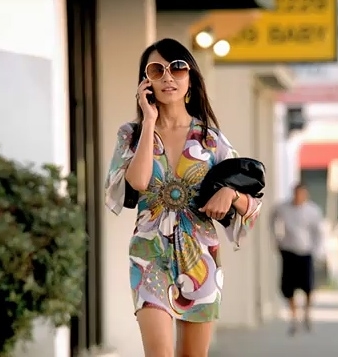 A new PETA ad is raising hackles and alienating media outlets – de rigueur and certainly not newsworthy in and of itself, but has the the controversial animal rights group taken things a step too far this time?

PETA’s ‘Everyday Dog’ ad features humans engaging in dog related activities with carcasses in body bags, suggesting that for each dog purchased, a dog in a shelter dies. It’s hard to argue with the math, but will the image of a skateboarder dragging a dead dog on a leash convince the general public to adopt and not shop?

Those of us who immerse ourselves in the dog world are certainly accustomed to graphic images and tough news, but even this jaded blogger did a double take a few seconds into the ad. It’s that shocking. PETA issued a press release after KCBS-TV pulled the ad, calling it distasteful:

Los Angeles — After originally agreeing to air PETA’s controversial “Everyday Dogs” public service announcement (PSA), KCBS-TV has reversed its decision and has pulled the ad off the air, calling it “distasteful.” War, child abuse, and the killing of homeless dogs and cats—these are distasteful subjects that are hard to sugarcoat. However, we found a way to make our message wry: the PSA features people attempting to do things that they’d normally do with their dogs such as playing fetch and going for jogs—but instead of live dogs, their “best friends” are dead carcasses in body bags. “Yes, the ad is distasteful—that’s the whole point,” says PETA Senior Vice President Lisa Lange. “There is absolutely nothing ‘tasteful’ about the euthanasia of millions of dogs in animal shelters every year simply because people who could have opened their homes to a shelter dog purchased a dog from a breeder or pet store instead.”

What is your reaction? Is it necessary to push the limits so far in order to spread the adoption message? Or will PETA’s heavy handed tactics fall on deaf ears as offended dog lovers tune out?