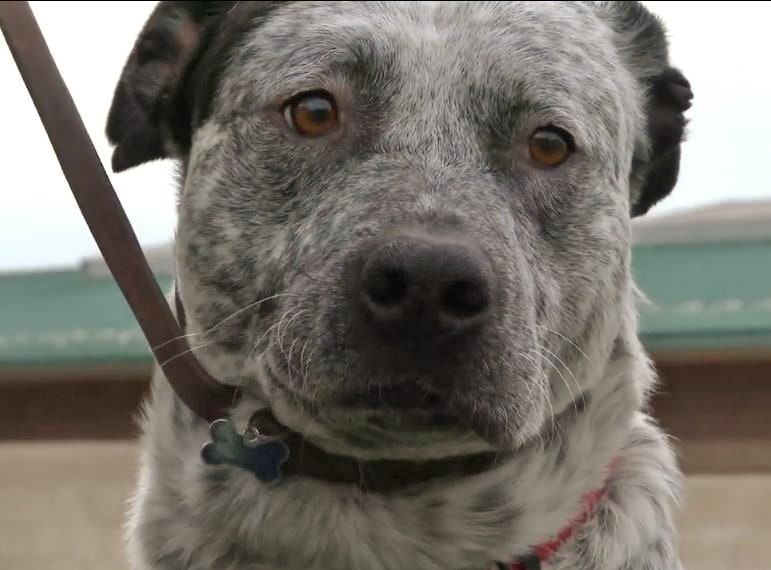 Peter was removed from a home where an untreated injury caused him to lose a leg due to a mummified paw. He is now ready to find the good, new loving home that he deserves.

The three-legged dog who is part of an ongoing animal cruelty investigation is now available for adoption.

Peter is a 2-year-old Queensland Heeler-Pit Bull mix. He was initially impounded with an injury that had apparently gone untreated for so long that the dog’s left, rear paw had mummified.

Riverside County Animal Services is pursuing animal cruelty against the suspected dog owner(s). The case stems from an Oct. 29 call to a property in unincorporated Riverside County, California near Perris.

The Riverside County Sheriff’s Department called Animal Services to the scene of its own investigation in the 22100 block of Old Elsinore Road on that day. Deputies were there investigating whether the property was being used by the tenants as a place to sell marijuana.

Deputies arrested Maria Carrillo that day. Animal Services will be pursuing animal cruelty charges against Ms. Carrillo.  Animal Services does not know whether there are charges pending on the drug allegations, and says the Riverside County Sheriff’s Department would have information on that matter.

A Riverside County Animal Services officer responded when it was reported that a dog was on the property that needed care. The dog was discovered dragging himself by his front legs. Animal Control Officer Denise Ericson located the dog underneath a recreation vehicle.

Several inches of the dog’s left leg had exposed bone. It was uncertain what had caused the injury, but Animal Services’ veterinarians said they believed the injury had gone untreated for weeks, if not months, causing a loss of circulation of blood to the paw.

“This is one of the worst cases of neglect our officers have experienced,” Animal Services Director Robert Miller said. “It is illegal and inhumane to allow an animal to suffer needlessly in this fashion. We will be pursuing animal cruelty charges to the fullest extent.”

Peter’s left, rear leg was amputated on Oct. 31 and now he has fully recovered and is getting used to walking on three legs.

Animal Services is now accepting interest from adopters for the special-needs dog. The adopter will need to understand Peter”s mobility issues and have a lot of patience with him, considering what he has experienced in the past. Peter’s caregiver say he is showing very good progress at getting around on just the three legs.

Potential adopters are asked to contact the Riverside County Department of Animal Services at (951) 358-7387. 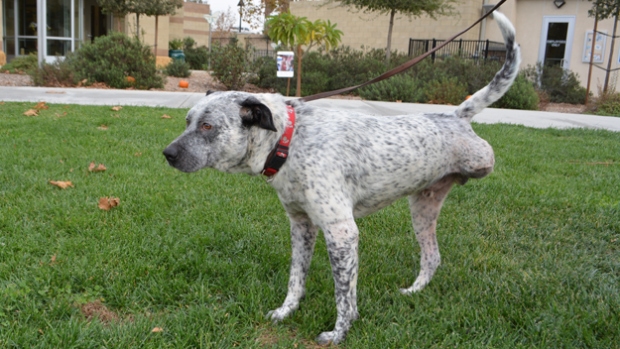