On May 20, 2015, Petey, a two-month-old Jack Russell was traveling with his owner Robert Major, a trucker, on Interstate 71 in Greene County, Ohio, when the unimaginable happened. The semi they traveled in crashed with another truck and the vehicle was completely destroyed. Major lost his life in the fatal crash but Petey survived. 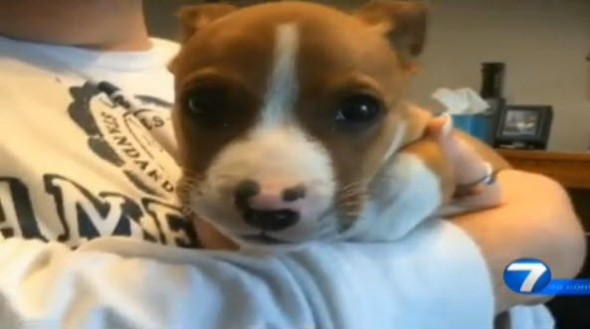 Petey was found while rescuers untangled the smashed trucks and cleared thousands of pounds of metal from the road. The puppy was inside the damaged cabin unharmed.

Major’s family grieves the loss of their beloved family member, but find comfort in Petey. The dog was Major’s last companion and true best friend.

“This little piece of my brother, he’s still with you,” Leslie Major, Robert’s sister, told WHIO when referring to the dog.