Claire and Chris White had more than 40 dogs and cats, and over 300 chickens, removed from their Oklahoma residence in July of 2016.  A dozen of the dogs and cats were so ill and in so much pain that they were humanely euthanized.  Animal welfare groups have paid over $30,000 to get the rest of them well.  But recently a judge decided that despite the 10 felony counts still faced by the couple, they can have their animals back.  Let’s help make sure that doesn’t happen.

On October 27, 2016, Delaware County Judge Alicia Littlefield ordered the return of dozens of animal victims to their alleged abusers. The decision was made behind closed doors in the presence of the Delaware County District Attorney Kenny Wright along with the defense attorney for defendants Chris and Claire White. The Whites each still face 10 state felony counts of animal cruelty.

On July 15, 2016, the Delaware County Sheriff’s Office (DCSO) seized more than 40 dogs, pups, cats along with chicks and about 300 chickens from property owned by Chris and Clare White. DCSO signed release documents transferring the animals to the Oklahoma Alliance for Animals (OAA) and its animal welfare partner organizations. On about July 18 Chris White signed paperwork surrendering the animals to DCSO. 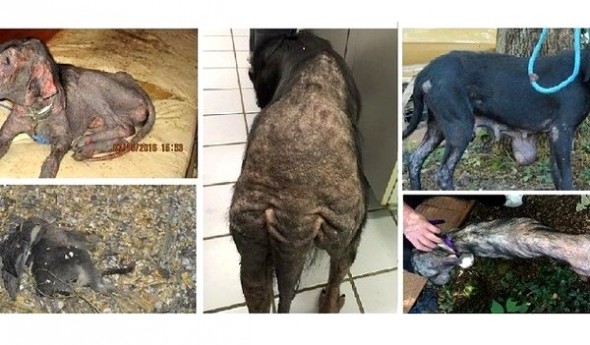 A state licensed veterinarian treated all of the animals on site and determined three were in such severe pain and poor condition that they needed to be euthanized – including one with a large mammary tumor. Within the following several days, nine more had to be euthanized because they were too ill to receive medical treatment for a complex variety of medical issues including severe heart worms.

The Oklahoma forfeiture statute lists three requirements before a defendant can request the return of animals: a bond hearing within 10 days of the arrest, the defendants to post bond within 72 hours of the hearing in a set amount to cover the boarding and medical care of the animals for 180 days, and for the defendants to be found “not guilty” in a court of law. None of these requirements had been met at the time the judge ruled to return the animals. The District Attorney can appeal the ruling within 30 days – which would be November 27, 2016. 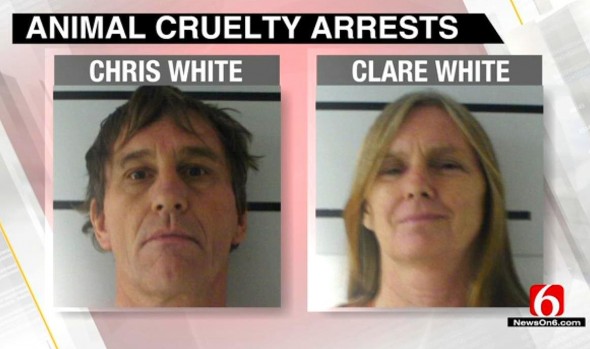 Since July 15, animal welfare nonprofit organizations have incurred more than $30,000 in medical bills and boarding to provide for the animals removed from the Whites’ property.

“An order to return the animals is a dangerous and devastating decision,” said Jamee Suarez, president of the Oklahoma Alliance for Animals. “Our hearts are broken for the animal victims. We have no additional details about this decision because it was made behind closed doors in judge’s chambers.

“Our concern always remains solely on the welfare of the animals. If the Whites decide at any time that they want to permanently surrender any or all of the animals to OAA, we are more than happy to take custody and ownership of them and will work hard to find them loving homes.” 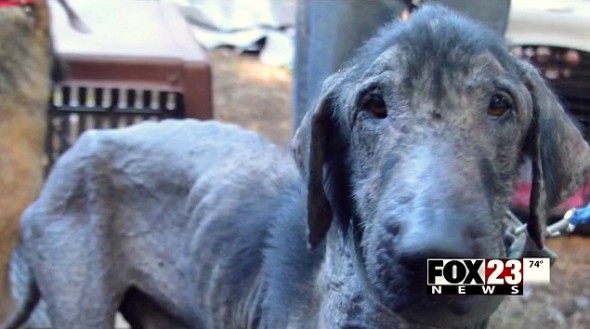