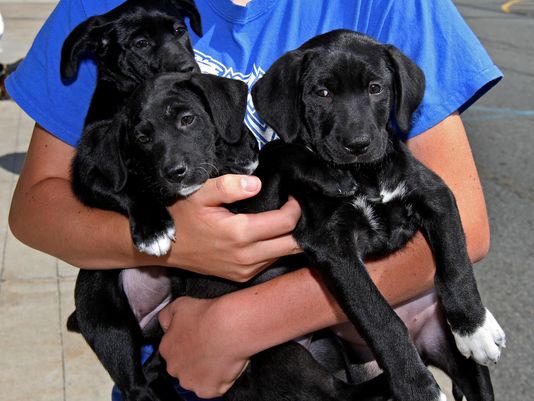 Eleventh Hour Rescue has operated an adoption center out of the Mt. Olive PetSmart in Flanders, New Jersey for the past four years.  They’ve helped find forever homes for over 10,000 dogs and cats in this time, but for whatever reason, they won’t be doing so going forward.

Linda Schiller, volunteer president and founder of Eleventh Hour Rescue is saying they got an order to evacuate the store as of September 25th.  They aren’t getting much of a reason out of PetSmart, and apparently they aren’t really telling anyone what is going on.

“I’m unhappy with how it was handled after being there for four years.  We’re a good presence in the community and I thought things were going fine,” Schiller said.  “They refused to give us a reason.  There’s got to be a reason for this and it’s got to be something out of left field.  I asked them if we did something wrong so we could make sure to not do it again.  But they refused to give any information.  I’m baffled.”

Schiller received a letter mentioning construction work about to be taking place at the store.  However, the letter didn’t say anything about moving back in when it was completed.  They don’t even know if they are going to be allowed to reapply for the space.

“PetSmart and PetSmart Charities have done a lot of good things, but they mishandled this situation,” Schiller said.  “They keep saying they’re legally allowed to do this, but I’m not disputing that.  I’m disappointed in how they treated us.  Not even a phone call.”

“PetSmart Charities’ Everyday Adoption Center (EAC) agreement with 11th Hour has expired,” Pawlowski said.  “We’ve elected not to renew the agreement.  The EAC will close in October for remodeling.”

There’s no idea given if Eleventh Hour will be welcomed back into the EAC space when reconstruction is finished.  PetSmart Charities isn’t releasing any further information.  Not to the public or to Eleventh Hour.

Schiller has taken to the Eleventh Hour Rescue Facebook page to express her frustrations in a post that has multiple shares and comments.

“We are in trouble,” Schiller said on the page, sharing the news.  “We were shocked.  In the meantime, we have dogs and cats at the adoption center that we will need to find a place for.  In order to comply with Petsmart Charities’ request that we try to keep the center at full capacity at all times, we have more dogs and cats scheduled to come over the next few weeks.  Turning our back on them would mean certain death so we cannot cancel.  It is hard enough for any ordinary business to “liquidate its inventory” with only 30 days’ notice, but it is disastrous when your inventory consists of living, breathing creatures.”

Schiller also spoke to how this will create a financial hardship for the charity and rescue.  She also included an email she sent to a PetSmart Charities representative, asking for reconsideration.

“The tag line on your own email is: ‘A lifelong, loving home for every pet.’ which is exactly what we are about as well.  Since our goals are so closely aligned, this action by PetSmart Charities is inconsistent with what true animal rescue is all about,” Schiller said.  “We are asking you to please reconsider your decision and allow us to continue as your partner in Mt. Olive.  If you decide to not reconsider I respectfully ask for some additional time to get our dogs and cats currently residing at the EAC adopted or to find fosters.”

A Change.org petition was also launched to help, and is well over 2,500 signatures.  You can see and sign the petition by clicking here.

Schiller is holding out that the situation can still be fixed, but knows that it will take lots of outside help as well.

“I’m hoping for a ‘Hail Mary’ because on the 25th, we’re out,” Schiller said. “But we will find other places, other adoption centers that will invite us in on the weekends. We’re a small organization but we do a lot of adoptions..”

102 thoughts on “PetSmart Kicks Rescue Group Out of Store”