Prominent Florida philanthropist Lois Pope and her generosity are literally going to the dogs…and the cats, horses, and all other animals either in distress or those assisting humans in distress.

Indeed, Mrs. Pope has made a $1 million donation to American Humane Association, which operates the Red Star(TM) Animal Emergency Services and Red Star(TM) Animal Assisted Therapy programs. The former rescues and helps animals after disasters such as Hurricane Katrina, 9/11, the Memphis floods, and the Joplin tornado, while the latter uses animals to provide comfort and support to children with cancer, military families impacted by service, and the infirm and elderly. 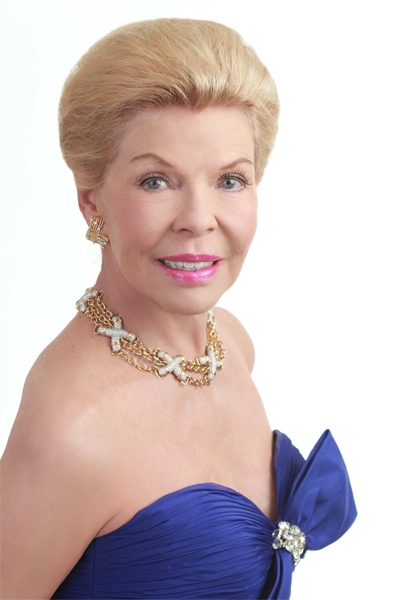 “Working with American Humane Association is one of the two great causes in my life,” said Mrs. Pope. Noting that her other great cause in life is her work as Co-Founder and Chair of the Disabled Veterans’ LIFE Memorial Foundation, she added that, “Through my involvement over many years with our country’s disabled veterans, I’ve come to know so many of these men and women who are struggling to readjust to society and reclaim their lives. And I’ve witnessed the profound impact that a therapy dog can have on them. When the therapy dog comes to visit them in the hospital, it’s as if all their troubles melt away. There is a human-canine connection that is based on the universal language of unconditional love. And, thanks to American Humane Association, there are dogs who do this across the country every day, dogs who serve, protect, and comfort those in need. So, when I was approached about making a contribution to this wonderful organization, it was an easy decision.”

American Humane Association President and CEO Dr. Robin Ganzert called Mrs. Pope’s gift “transformational,” pointing out that it will enable “one of the oldest humanitarian organizations in the world, and the only one dedicated to helping children and animals, to continue its vital work in building a more humane and compassionate world for all of us.”

Dr. Ganzert said that the gift is a natural extension of the causes that deeply resonate with Mrs. Pope, noting that the philanthropist has long provided a safe haven for those in need. Among her numerous humanitarian endeavors, Mrs. Pope has rescued a dozen dogs who are her constant companions, as well as funded a pet adoption mobile unit in her home state; endowed, at the University of Miami, the country’s leading center for the research and treatment of paralysis and other neurological diseases; and is perhaps best-known for her leadership of the Disabled Veterans’ LIFE Memorial Foundation, the non-profit organization that is spearheading the building of the American Veterans Disabled for Life Memorial. Being constructed on a two-plus acre site across from the U.S. Botanic Garden in Washington D.C., the memorial is the nation’s first and only permanent public tribute to the three million living disabled American veterans and the countless thousands who have died.

Dr. Ganzert explained that Mrs. Pope’s gift will launch the Red Star(TM) National Centennial Campaign, which celebrates the upcoming 100-year anniversary of the Red Star(TM) Animal Emergency Services program. It was founded during World War I, when the AHA was invited to serve as the “Red Cross” for animals by providing care for horses injured in battle. Since that time, Red Star’s expert staff, trained volunteers, and mobile emergency resources have deployed to emergency and disaster scenes to find, rescue, treat, and shelter tens of thousands of animals until they can be reunited with their families. Over the next five years, the Red Star(TM) National Centennial Campaign will raise funds to boost our nation’s capacity to prepare for–and care for–animals in emergencies, as well as assist the recovery of communities through the healing power of animal-assisted therapy.