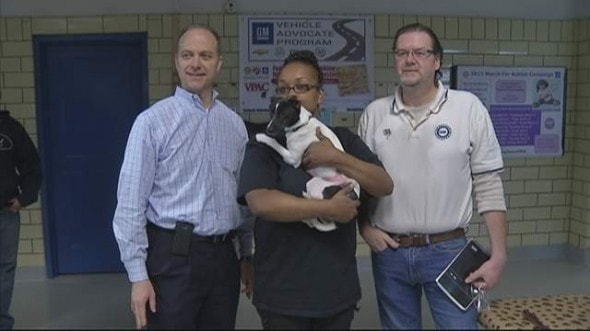 Six-months ago Phoenix’s story swept the nation. The Jack Russell Terrier puppy survived the horrible cruelty of being lit on fire. Now almost fully recovered Phoenix is helping others.

Bunge says that so much money has come in from animal lovers all over to support Phoenix and other animals at the Buffalo Animal Shelter that Phoenix didn’t need the money raised at the March of Dimes fundraiser. Phoenix is focusing on getting fully recovered and finding his forever home. Currently the shelter is reviewing applications from people wanting to adopt him, but when he will be placed hasn’t been determined yet.