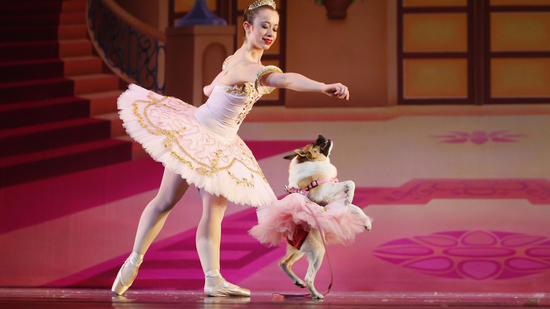 Most people know something about the famous Christmas themed ballet, The Nutcracker.  The timeless music written by Tchaikovsky is something that even people who aren’t familiar with the ballet usually can identify.  However, we guarantee that you’ve NEVER seen a version like this one before.

Some people may remember our coverage of a special needs dog called Pig.  If you missed it, you can see both stories we covered by clicking either here or here.  Pig was born with a condition called short-spine syndrome.  She’s three years old now, and still healthy and strong despite the rare disorder that makes her look like a medical impossibility.

The Humane Society has decided to feature Pig in their Christmas fundraiser!  She gets to play The Sugar Plum Fairy from the famous ballet, along with the Birmingham Ballet group.  The event took place last Friday, and the performance was completely sold out. 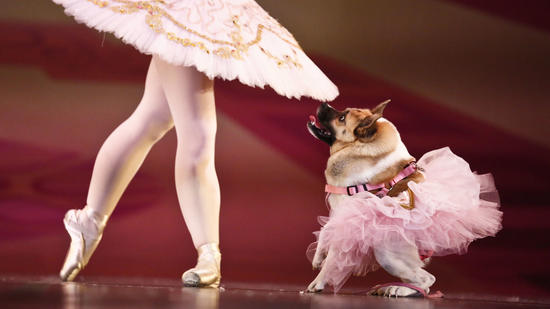 According to Pig’s human mom Kim Dillenbeck, the whole thing was a bit overwhelming for Pig at first.  She did look just adorable in her little pink tutu that was made especially for her, and she may have over 100,000 followers on social media, but being around all of those people all at once was understandably a bit unnerving for her.

“She is so easily startled because she can’t move her head at all; her head is fused at her shoulders,” Dillenbeck said.  “So for her to come to a place that has lots of noise and stuff is very difficult.”

Regardless, Pig did an incredible job.  She looked just too cute for words, and actually danced with ballerina Katherine Free like a champ.  Free was just amazed by her skills, and by all of the animals brought in to do the show.  There were a few trained performance dogs in the lineup, but many of the dogs were not and almost all of them were rescues.

“They give so much to the stage and project to the audience more than you might think, and it’s amazing to see them grow from even their rehearsals to being on the stage,” Free said. 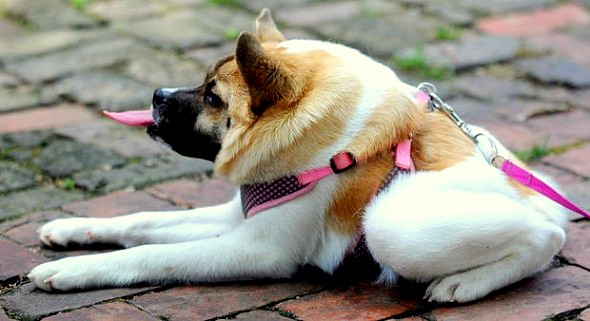