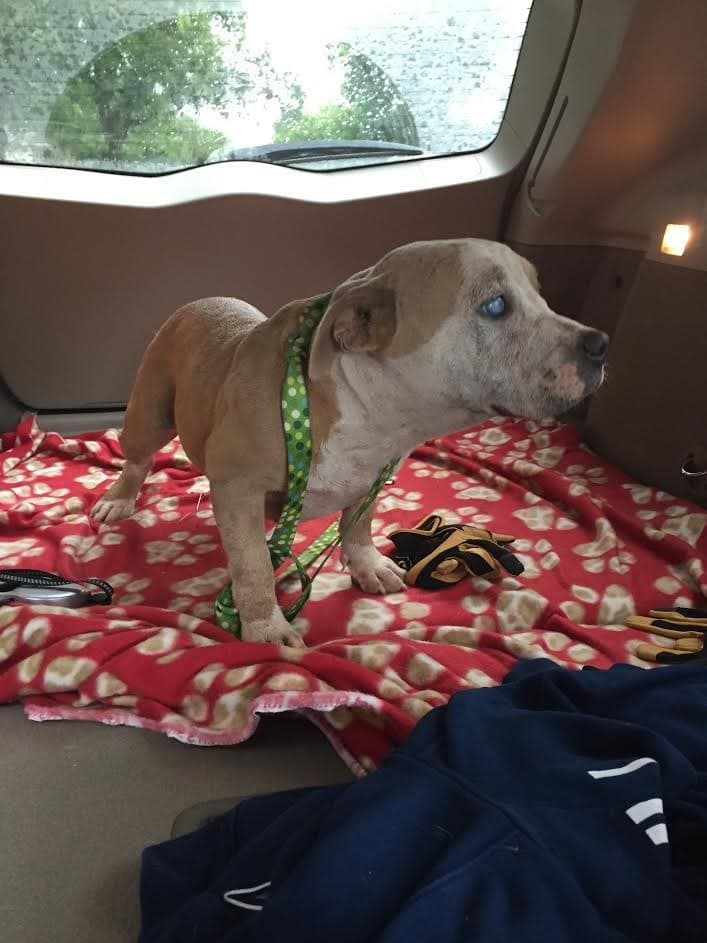 The city of Abilene, Texas is no stranger to the stray overpopulation issue that is plaguing many American cities.  With all of the dogs there needing rescue, it isn’t hard to see how a quiet, little pit bull could be overlooked.  That’s exactly what kept happening to Via, as she tried to escape a bad home situation, no one seemed to notice she needed help.

Poor Via kept getting overlooked, until the day Lea Frissen came across her.  She was skinny as a rail, and crouching in some bushes to avoid the pouring rain.  Frissen is an independent rescuer in the area, and she knows a dog in need when she sees one.  She ought to, considering she’s rescued 39 strays from the streets of Abilene, herself. 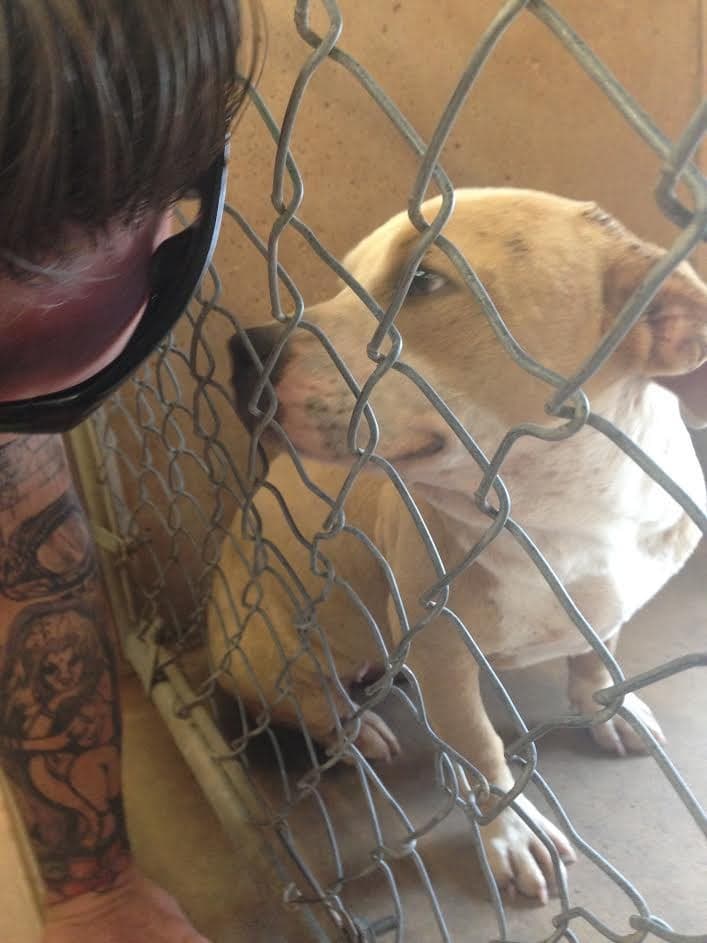 “When I got out of the car she slowly crawled to me and ducked her head as if she was somewhat fearful,” said Frissen.  “I looped a leash around her neck and lifted her into the back of the car.”

There was just one problem.  Frissen had just taken in another rescued dog the day before, and just didn’t have the room for Via at the moment.  This put her in the terrible position of having to take Via to a shelter.  The hope was she’d have an ID chip, but she didn’t. 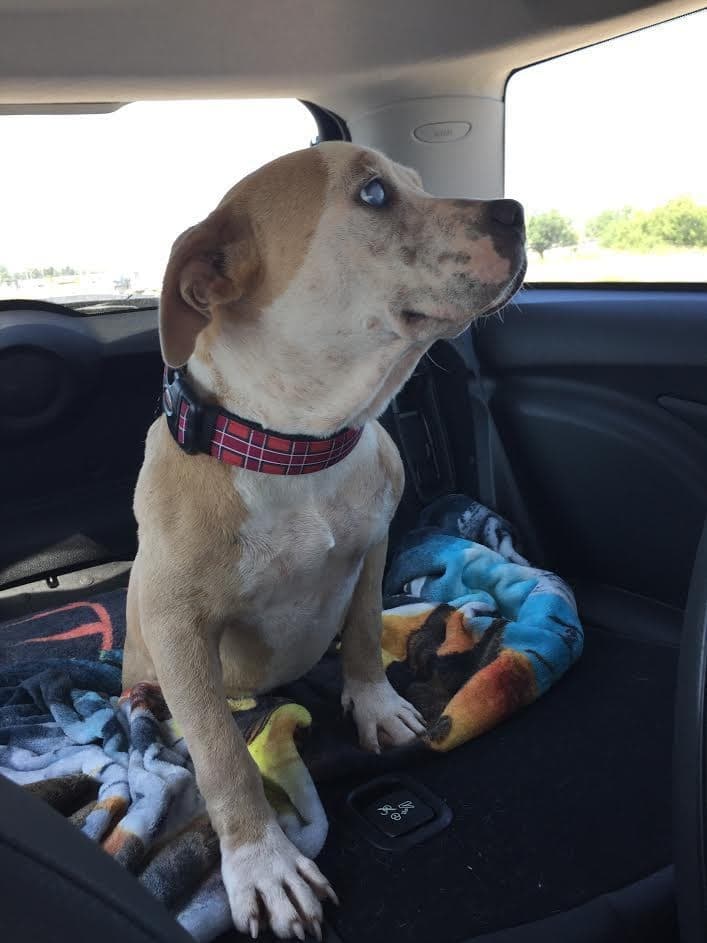 So, Frissen got to work on trying to find a space for her.  She spread her story all over social media, and eventually someone that knew Via contacted her.  It turns out that Via had been rescued once before, when she had been seen on the streets just days earlier, and somehow she managed to be put back with her owner.  This “owner” is described as having a filthy yard, and many people that know the property he keeps suspect it of having something to do with dog fighting.

Frissen waited until the day the shelter put her back up as available for adoption.  She showed up that very day and adopted her and took her home.  In fact, she showed up an hour before the shelter opened for that day just to be sure that no one would be able to get her, and possibly bring her back into a life of misery. 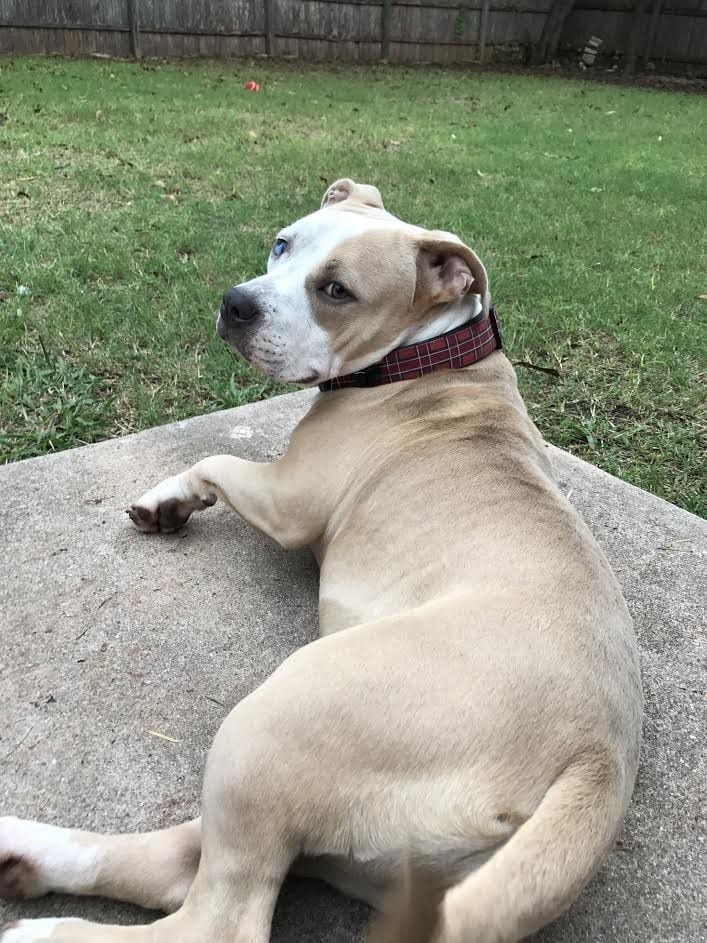 Via has been with Frissen ever since, and for whatever reason, she has never once made a single attempt to escape.  Not even once.  Gee, we wonder why…