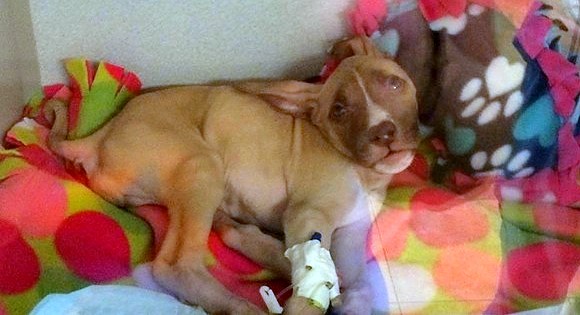 A man was taking his pit bull, Ace, out for a walk in their New Jersey neighborhood when suddenly Ace veered off course.  He dragged the man past an abandoned house and into an alley where a badly abused puppy was fighting to survive.  Thanks to Ace and his dad, the little guy – Theo – is alive and recovering well.

After being led to Theo, the anonymous hero and his heroic dog rushed the pup to his local shelter.  He was suffering from severe brain swelling due to blunt force trauma, and staff members weren’t sure he was going to make it. 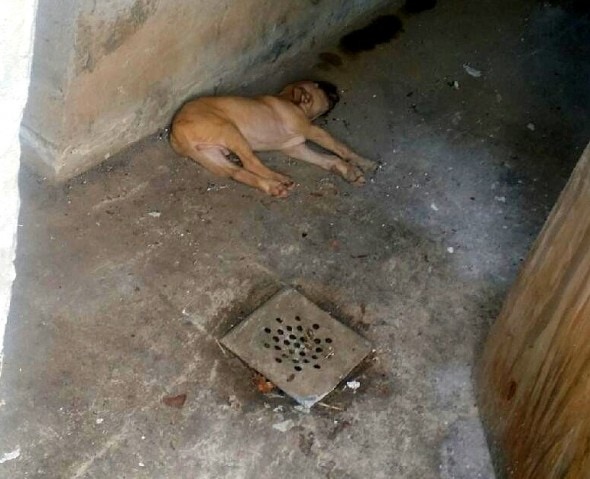 Second Chance Rescue NYC took Theo in as soon as they heard about him and got him to an emergency vet.

When we first got him we weren’t sure he was going to live, and he had a few scares but now he is currently improving at the vet and we couldn’t be happier,” Alyssa Ellman of Second Chance Rescue NYC told The Dodo. 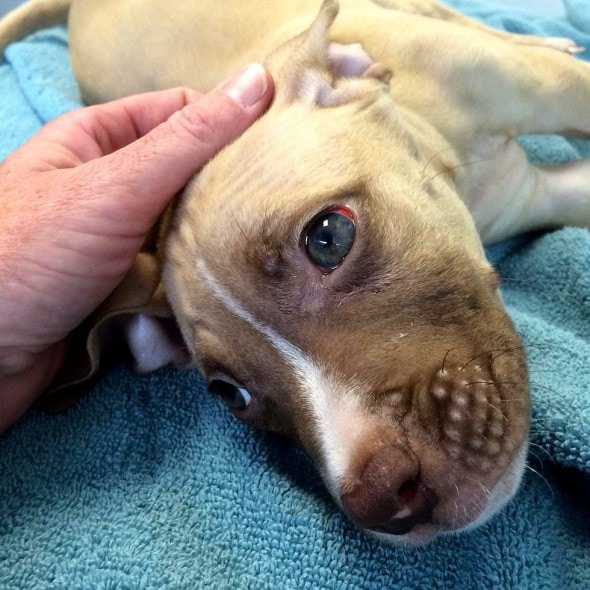 At first, he could scarcely move, and due to the trauma to his eyes, they weren’t sure the 10-week-old could see anymore.  But he was tenacious, and slowly began to recover.

“We are so hopeful for this boy, he has to live,” Ellman said. 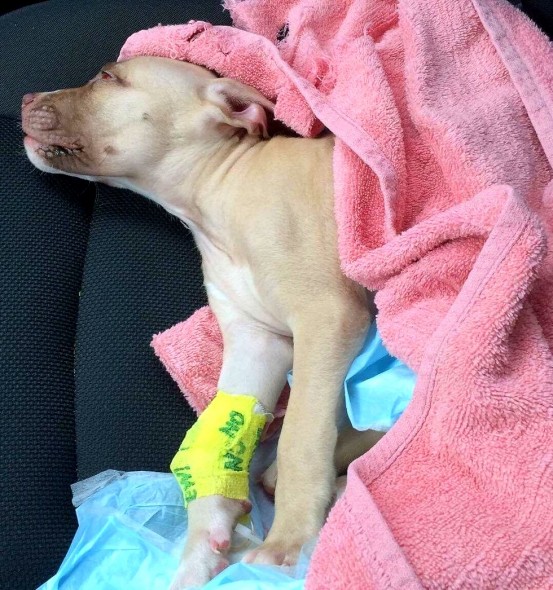 Now Theo is standing on his own and even beginning to walk.  Every day he is proving to workers just how much he wants to live.

“If it wasn’t for Ace the dog, Theo would most likely never have been rescued,” Ellman explained. “We really owe it all to that hero of a dog. Everything happens for a reason and Ace and his owner were walking by that house to unknowingly save a life.”

If you live within driving distance of New York City, please consider adopting one of their many dogs that need a home.  This area is inundated with beautiful, sweet, innocent dogs, and dozens of them are put to death every single day.  For more information on these dogs or the others who urgently need for someone to at least foster them before it’s too late, please visit Second Chance Rescue by CLICKING HERE. 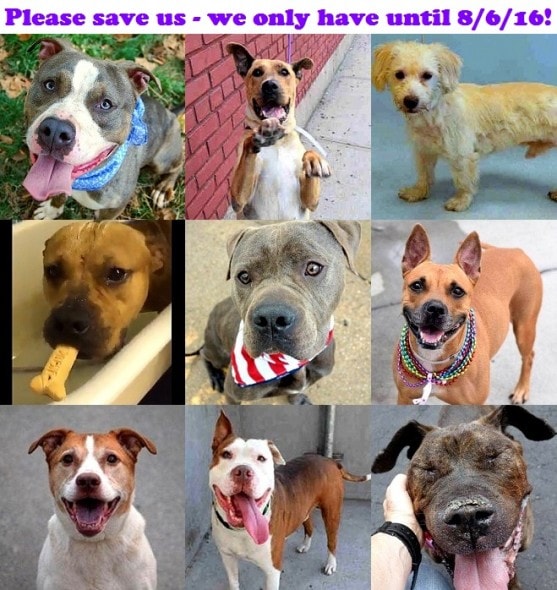