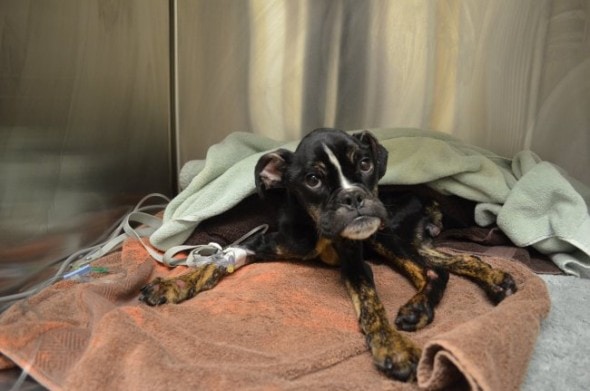 Police officers in Austin, Texas are asking for assistance from the public tonight in locating and bringing to justice the person or persons responsible for the terrible conditions a dog was found in.  The poor creature was dumped on a street corner in a cage and left to die.

The dog is a one-year-old boxer or Boston terrier mix, and was left in a cage in the 600 block of West Croslin Street.  She’s currently under medical care at an animal hospital, and is listed in stable but critical condition.  A full medical evaluation will be performed, but her condition was so bad upon arrival, that stabilizing her was far more important at the time. 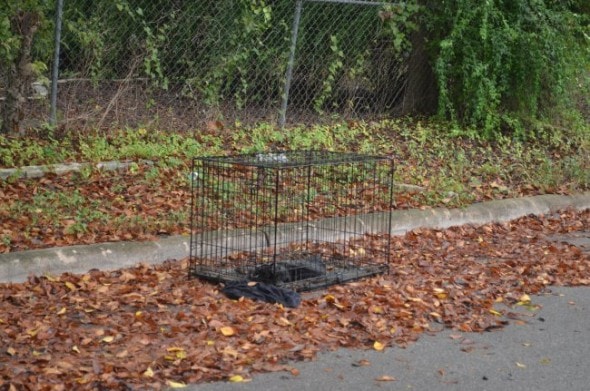 Anyone knowing who the dog is, or whom she belonged to is asked to call the Animal Cruelty Tip Line at 512-978-0523.  The person or people responsible for this reprehensible act are guilty of cruelty to non-livestock animals, and depending on the findings of the medical evaluation and investigation, there may be other charges pending.

Since August, the area has seen a rash of animal abusers for some reason.  Back in August, kittens and a dog were found dead in an extremely hot car parked not far from where this dog was found, and one man even went to state prison on felony animal abuse charges.