Harley is an Irish wiener dog, a dachshund from Belfast, and if you don’t know him already, you’ll likely want to look him up! He’s an Instagram sensation, well-known for his extraordinary ability to balance things on his cute, little head!

Known affectionately as Harlso, he’s already got more than 5,000 followers. 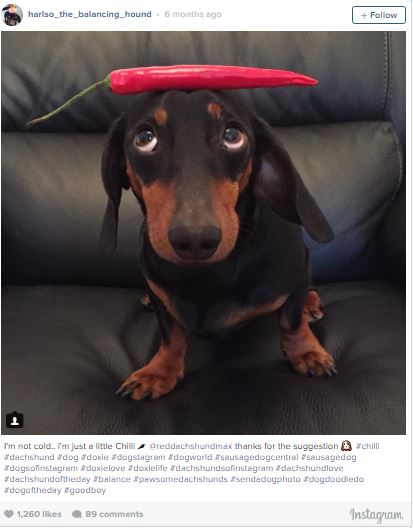 “He just has the flattest head. He can’t do any normal tricks, sit or anything. Balancing things on his head is the only thing he can do,” Lavery told the BBC. “He loves balancing, some people message saying that he looks sad…but that’s just his face! Its how they look! He loves it.”

The couple is surprised and delighted at Harlso’s appeal.

“It’s just totally taken off,” Lavery said. “When Jen first set up the instagram I laughed at her and asked ‘Who is going to be interested in this?'”

Within days, though, Harlso had roughly 100 followers and his fan base continues to swell, with folks clicking his pics from the Far East to the American west.

Jen got Harley when he was four months old, the last puppy in the litter. His owners almost didn’t sell him, but she fell fast in love. His gift for balancing remained undiscovered until much later. His first item? A toy chicken! 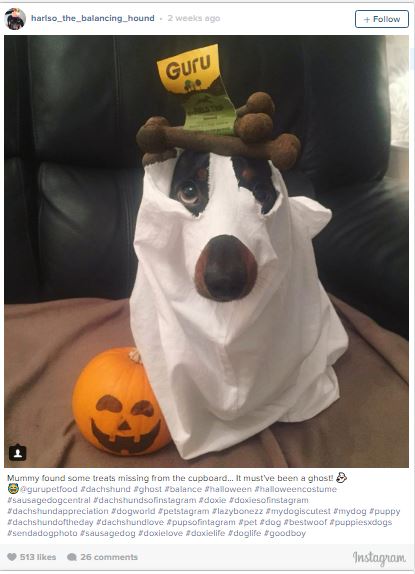 They admit they’re struggling to keep up with his popularity: “It’s all a bit of fun but it’s hard to keep on top of all the social media accounts- especially since Twitter has gone crazy.” (You can find him there at @BalancingHound.

Fans send in their own balancing pics, as well; usually dogs, but the couple even received one of a pet budgie.
budgie with a peg on its head. 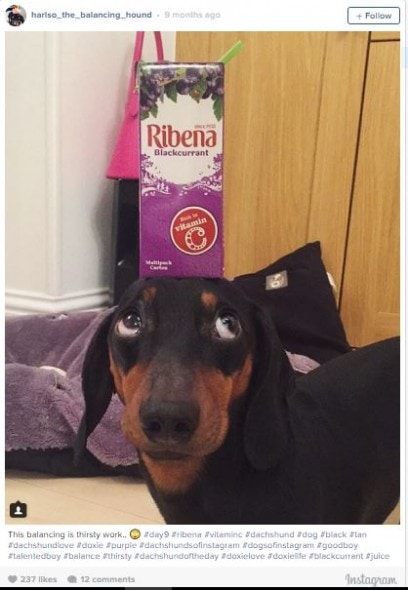 Lavery and Scott are hoping Harlso can earn himself a Guinness World Record for balancing the most treats on a dog’s head.

Paul said, “Its all a bit of fun, but if any of the readers want to suggest something, he’ll give anything a go.” 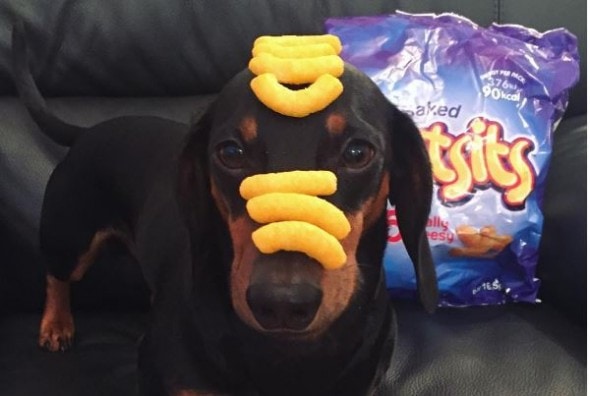