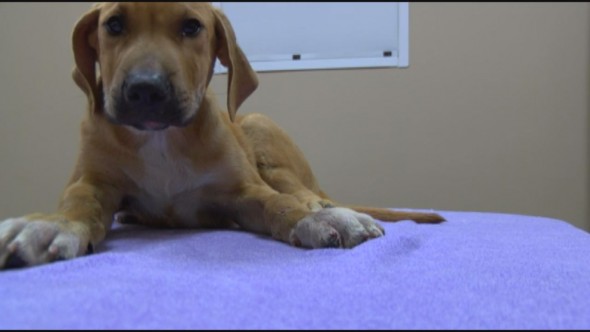 There seems to be no shortage on coverage of the new mobile video game Pokémon Go.  This story however, is not like the usual coverage you’ve been seeing.  Some kinds playing the game in Texas came across a dog in distress, and not only did they rescue the dog, but raised enough money for the dog’s medical needs, all within a few short days!

Kaitlin Kouts and Tiffany Revay were walking near the Chambers Park area in Lufkin, Texas, playing the new game.  One of the girls’ phones alerted them to a rare creature in the area, and they went looking for it.  While hot on the trail of the in-game animal, they came across a dog.

“Instead of a jigglypuff, I found a puppy,” Kouts said.  “The puppy was laying by the tree and a trash bag and could not move.  His mouth was bleeding, he wasn’t moving very much.  He looked like he was in pain.  We found out his back leg was broken.  His gums were pale and blue and so were his ears.” 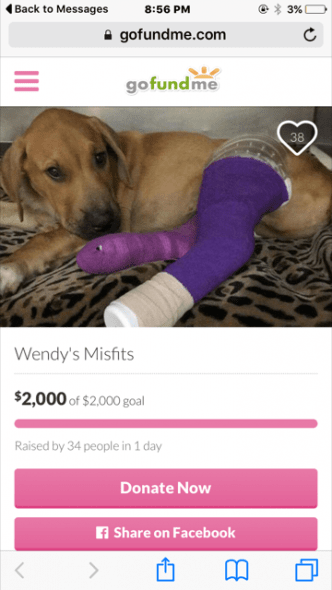 The pair asked around about the dog, but no one seemed to know anything about it.  While all of this was happening, one of the girls got a call from a local pizza shop.  They had placed an order for delivery, and expected to be back in time but weren’t.  It was the delivery guy on the phone.

“I asked where they were and they said they were trying to help a dog that was hurt,” said pizza delivery man, Skyler Jerke.  “I told them I would wait for them.  When they came back they had not found the owner yet, so I stepped in and helped.”

Not only does Jerke deliver pizzas, but he is also a certified EMT.  He had only made it through training about a week before all of this happened, but he was prepared.

“I had my med kit with me so I went over to help them.  Anytime I can apply my training to a human or animal, it’s a good feeling.”

The dog was stabilized, and seemed like he might pull through.  Now, the ordeal of figuring out whom was going to pay for the additional medical needs this puppy was going to have?  So, the girls did what any smart young ladies of today day and age might do.  They set up a GoFundMe page for the pup, and managed to raise the $2,000 needed in just a couple of days!

According to Kouts, someone made an anonymous donation of $875 this morning, bringing them to where they needed to be to save the dog’s leg. On the site, they went by “Dan M,” but as for now, no one knows who this mystery person is.  If you’d like to see the GoFundMe page, you can click here.