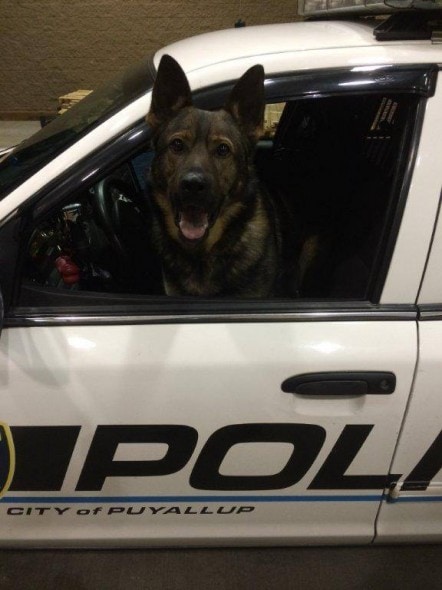 When an inmate in Washington State escaped custody Monday morning police K-9 officer Maverick came to the rescue and tracked down and captured the inmate.

Around 7 a.m. on Monday Central Pierce Fire & Rescue was transporting an inmate, Kamp Dugger, from his jail to a local hospital for a medical issue. When the ambulance arrived at the hospital the inmate jumped out of the vehicle and ran.

Police immediately began searching the area for Dugger. Hours went by when around 3:30 p.m. a tip came. A driver had spotted a suspicious man in orange without shoes and officers set up a containment area where the sighting had taken place.

It was a heavily wooded area so police brought in their K-9 unit to help search. Maverick tracked down the Dugger and captured him.

“Dugger was not fast enough for K-9 Maverick who ran him down,” the Pallyup Police Department posted on their Facebook page.

Police were then able to take Dugger into custody without further incident.