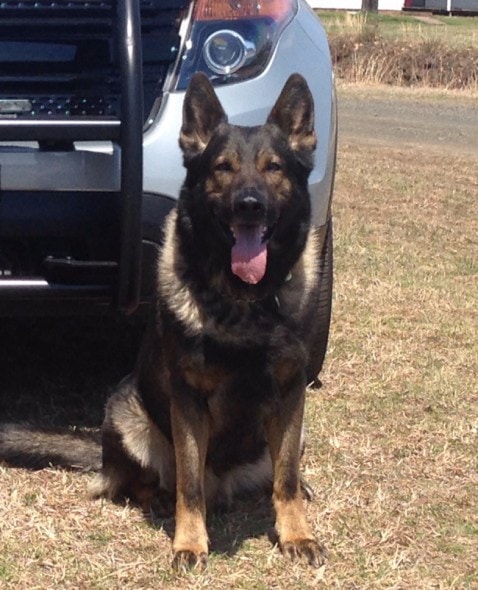 A woman that has been listed as missing since Wednesday of last week was finally located by a Tolland, Connecticut police K9 officer.  After being found by the K9 officer, she had to be rescued from an icy pond.

The woman hadn’t been seen by her family since she walked out of her home around 8pm, Wednesday.  They called the state police after an extensive search for her was made, and police issued a “silver alert” in her area, advising local residents to be on the lookout for her.  Nearby police departments and hospitals were also put on notice.

While the police were actively out looking for the missing woman, they were also calling homes within a 5 mile radius of the woman’s family home as well.  It wasn’t until State Trooper Christy, while on an active search, noticed footprints in the snow on the side of Stafford Road in Tolland.  She and her K9 partner Axel got out of the cruiser, and followed the footprints into the woods.

It was at around 3am when Axel came across the missing woman.  She was stuck in an icy pond that was about 80 yards off the road and into the woods.  Other state troopers then arrived for the assist, and eventually, the woman was removed from the cold waters, and taken to a local hospital for evaluation.

As of the time this article was written, there wasn’t any updates on the woman’s condition.