The Roswell Police Department in Georgia was called out to a scene where an elderly dog had been trapped in a hot car.  The officers made sure to get video of the rescue, and they’ve also published it as well.  The aim is to raise awareness and increase prevention of anyone, human or otherwise, from suffering and dying in the heat.

According to a press release on the department’s Facebook page, “Today, officers were called out to a parking lot where a customer spotted an elderly dog locked in a car.  While the dog’s owner was shopping inside the cool, air-conditioned store, her animal was suffering inside the sweltering hot vehicle.  It is 97 degrees outside!  Although the front windows were cracked, officers show that the temperature inside the car was 150 degrees.” 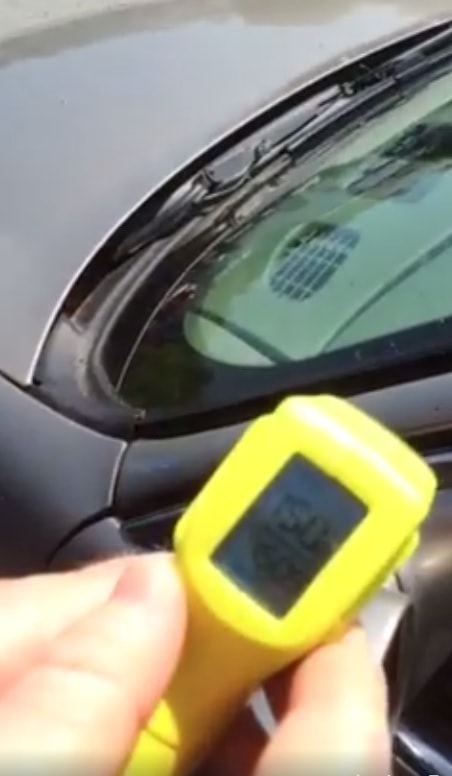 We’ve said it before, and for some reason, we seem destine to remind people that it doesn’t take a long time for a dog to suffer permanent damage or even die when trapped in your car, even with the windows cracked opened.  With all of the reporting on the subject, one would assume that just about everyone knows what the deal is, but apparently not.

So, to further drive home the point, the police made a video of the rescue call, and want as many people to see it as possible.  Even adult humans that are left inside a hot vehicle for a while can suffer lasting neurological damage or even worse.  What makes it even more surprising that this rescue needed to happen is the fact that this happened in summer, in Georgia.  Most people that live there know that the temperature outside of a vehicle can get out of hand, let alone inside. 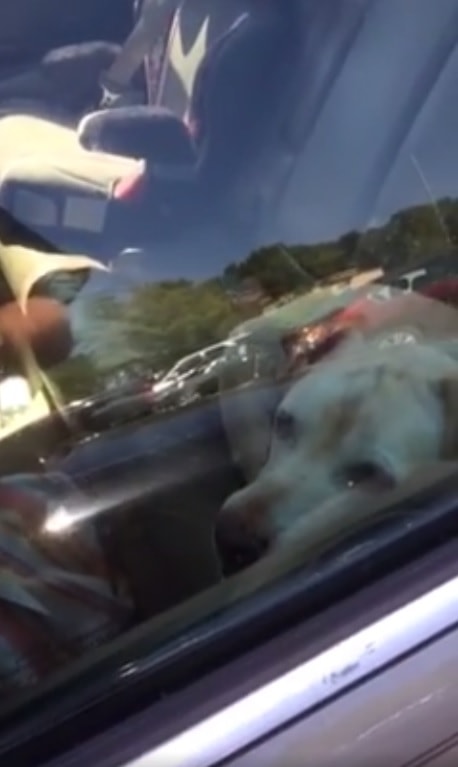 “We know that dog owners love their pets, and aren’t intentionally trying to harm them, but people must know that temperatures inside the car can soar to scorching heights within minutes,” said the police department via Facebook.  “Please help us spread the word to NEVER leave pets inside of a hot car, and know that we will always respond to help these animals when you call 9-1-1!”