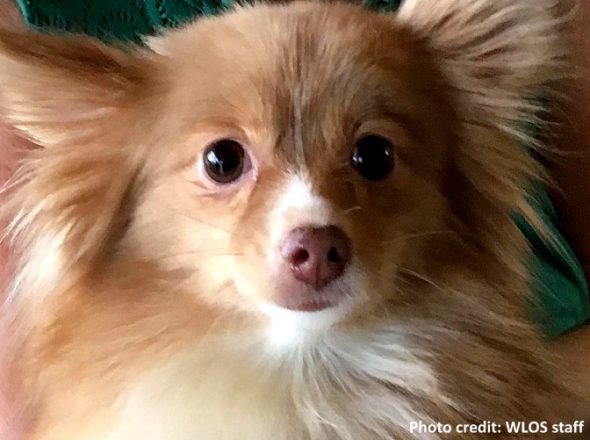 When a tiny dog accidentally electrocuted herself, a police officer arrived on the scene and immediately began performing mouth-to-snout resuscitation, and miraculously saved her life.

Last Wednesday, Linda Marble of Franklin, North Carolina called police when she discovered that her Pomeranian, Ginger, had chewed through a lamp cord.

Ginger was unresponsive when Officer Christy Osborne-Evans arrived, and she quickly got to work by clamping her mouth over the little dog’s snout and forcefully exhaling air. 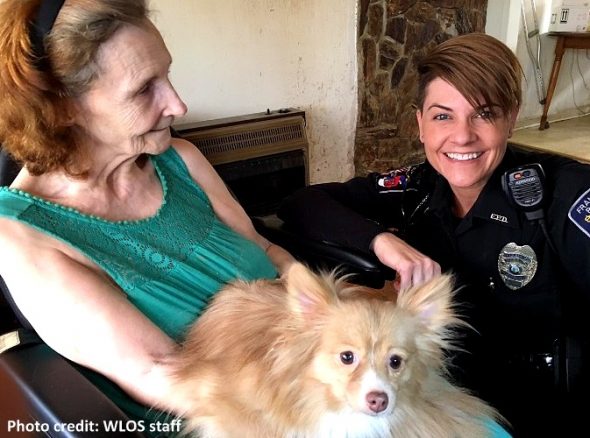 “About the fifth time, I have her a big, long mouth-to-snout and I saw some little eyes blinking. And then she jumped up and ran off. So, I figured at that point she was OK,” Osborne-Evans told WLOS.

“It’s just something I learned on my own, because I have so many animals and I’m an animal lover.”

The heroic officer says she’ll come by from time to time to check on Ginger and her owner.

“She wouldn’t have made it if it hadn’t been for her to come and help,” Marble said. “She helped save my dog, besides the Lord, because I was praying when she was doing it.”