You would think that after long hours working to keep peace and order in dangerous zones of Bogota, Colombia, police officers would just want to go home and rest as soon as their shift is over, but a group of officers keep their uniforms on, grab a few bags of pet food and take to the streets to help stray animals in need. 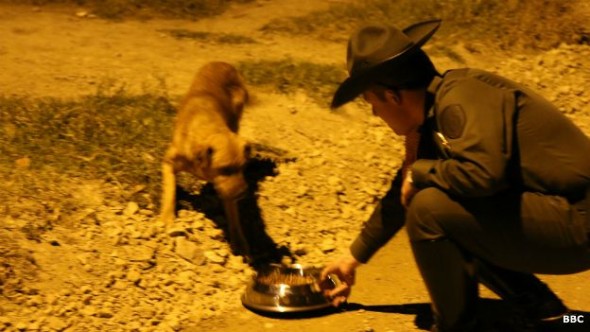 Andrey Pinzón Trujillo told the BBC he and a group of co-workers do this every Thursday night. They always plan to spend about to hours walking the streets and feeding the homeless and sick dogs, but most Thursday nights they walk until close to midnight.

This service started about a year ago when Pinzón Trujillo volunteered in a pet health fair. During the event, local area dogs (including the homeless) received vaccines. While volunteering, the officer came across a young stray dog he fell in love with and the little dog became the officer’s inspiration to do something more to help pets in need.

Pinzón Trujillo was thinking of buying a pure breed dog, but when he met the young dog the idea of buying a pet went out the window and instead the officer decided to save the stray by adopting it. 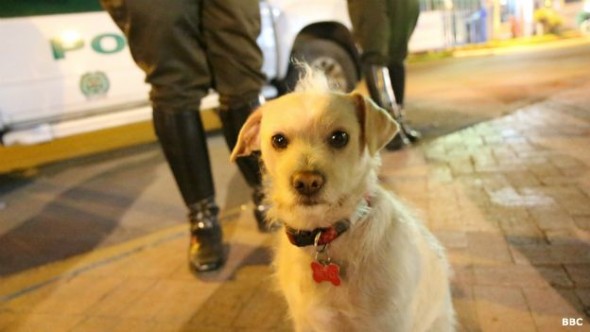 The dog is now named Beto, and he too comes along each Thursday night to walk the street with his humans and other police officers to feed the strays. Some of those strays are Beto’s street friends. 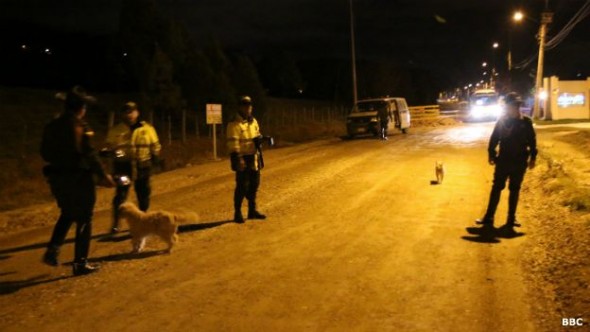 The officer might not be able to take every single dog home, or find homes for all the strays, but he at least is inspiring people to come out and help those in need. While not all dogs find a home, they at least get a good meal.