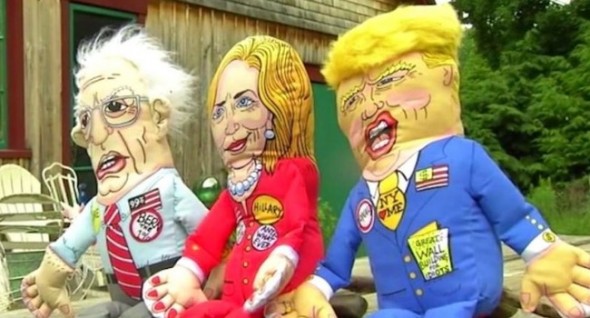 Like to chew the fat over politics? Now your dog can get in on the act, as the election season has prompted a Vermont company to make candidate-inspired toys.

Sales are apparently brisk for the line, created by Fuzzu, which offers up colorful doppelgangers of Hillary Clinton, Bernie Sanders and Donald Trump. Virginia NBC affiliate WSLS reported that customers are lining up with their money, some as far away as Japan, as the dolls are trending hot on social media. 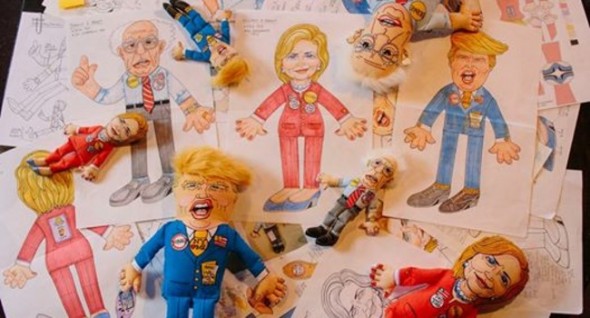 The company shared a bit of the creative process via social media, revealing the original sketches that eventually became the toys.

Fuzzu is even sharing the “behind the scenes look” at how creators made the dolls, revealing the original sketches. Each plush retails for $19.99. 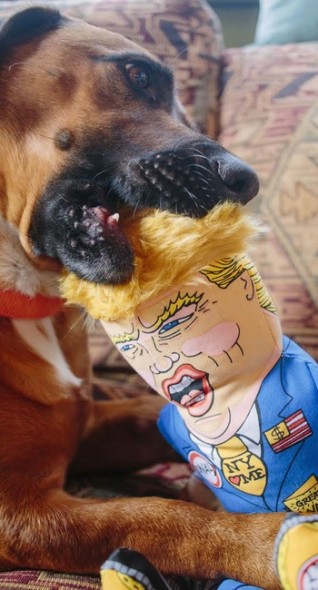 It’s unclear whether folks are purchasing the candidates they support or don’t support, however the Trump dolls are the current bestsellers.