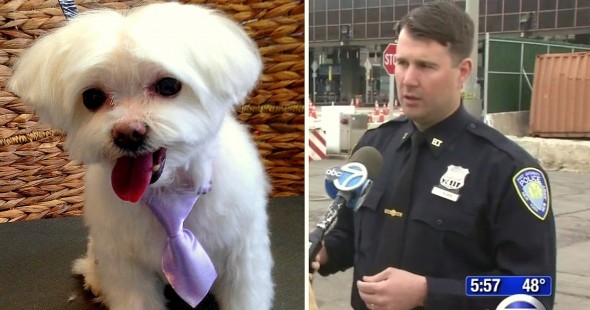 A 10-year-old Maltese named Julius had his life saved by a police officer who rushed him to a veterinarian after he nearly choked to death on a dog treat.

Julius had been given a little snack on Easter, but it proved to be too much for him.

“He was just sitting there chewing the bone and the next thing you know, he was kind of just gasping for air,” owner Lindsay Torres told WABC-TV.

The nurse did everything she could to dislodge the sweet potato treat.

“I started administrating some back blows to try and get it out. I angled him towards the ground and was just trying to loosen up the object,” she explained.

She and her husband borrowed the car of their building’s concierge and rushed to the nearest vet. 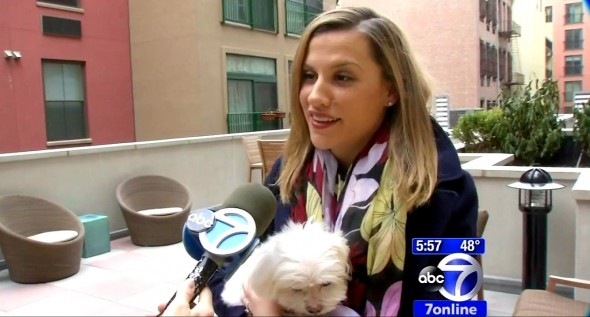 “The concierge looked at us, he knew we were in a panic, he threw us his keys, we got in his car and we headed toward the animal hospital in Jersey City.”

It was closed, so they were forced to go to an emergency clinic in Manhattan.  However, they faced a major traffic backup when they reached the Holland Tunnel.  So Lindsay grabbed Julius and hoofed it.

“And she was just saying, ‘help, help, we need help!’ And when she got to us we realized that the dog was choking,” said Port Authority Officer Tom Feuker.

He attempted to remove the bone while his partner radioed dispatch to locate the nearest open vet clinic.  With the chewy pressing against his trachea, Julius was running out of time.

Feuker scooped them into his patrol car and sped the seven miles to New Jersey Veterinarian Emergency Medical Service. 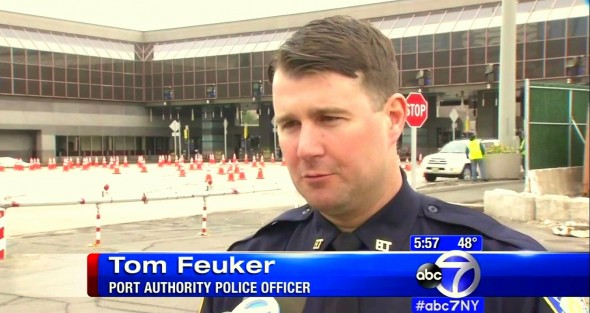 “It definitely made it faster. He knew the easiest way to go and they were actually blocking off some roads (on the route),” Torres told the Daily News. “At that point, every second counted.”

They finally made it to the center where a vet was able to easily remove the treat.

“A lot of the guys were just barking at me when I got back, you know, calling me a hero but I didn’t see it as that,” Feuker said.  “I was just driving the dog to the hospital.”

“He was a key player in saving his life. Without him I don’t know if he would have made it, so we’re really grateful for that,” Torres concluded.

She sustained a couple of small bite wounds while trying to remove the snack and is currently treating the infection they caused. 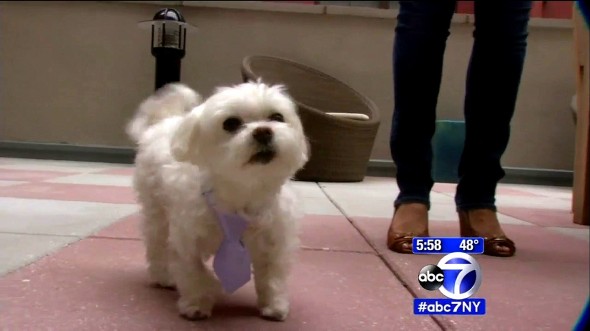