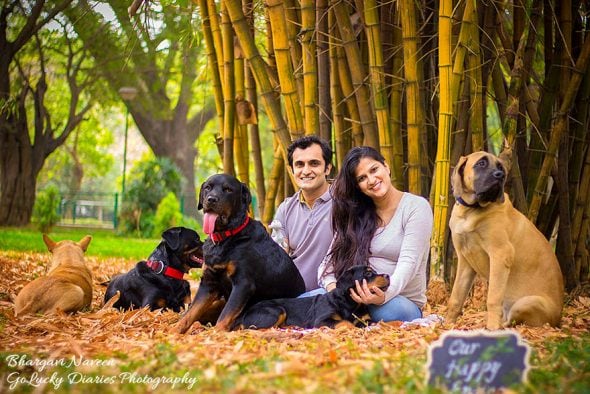 When Sanjana Madappa got pregnant, friends, family members – even her doctor – advised her to get rid of her five dogs, as her “baby came first.”  Well, she disagreed, and she and husband Aditya Raheja did a maternity shoot with their dogs to show just how much love they have for their WHOLE family.

“To all those people I will always say, NOT WITHOUT MY DOGS,” Madappa said. 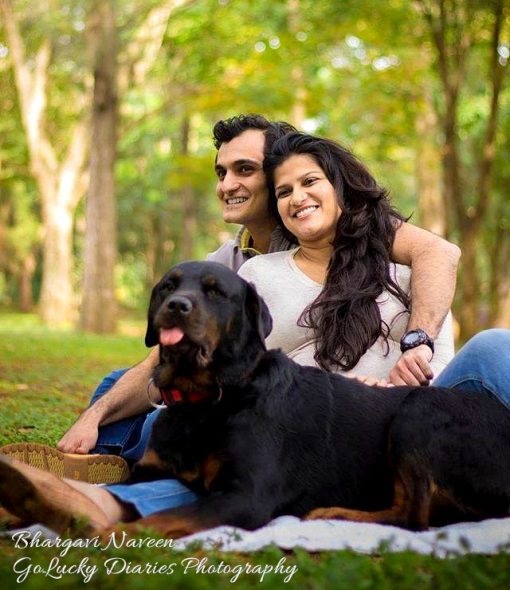 She works for Compassion Unlimited Plus Action (CUPA) in Bangalore, India, and over the years she and her partner have amassed a number of pets.  And they’re not just pets – they are family, so when people told her to give them up while she was pregnant, she shot back by including all of them in their maternity shoot. 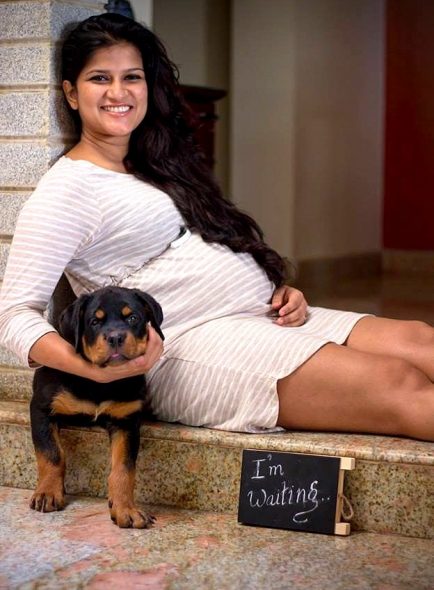 “I see so many people give up their dogs to the shelter because they get pregnant,” she told The Dodo. “Some just don’t care enough, but there are people who genuinely are misinformed and/or don’t have enough support.” 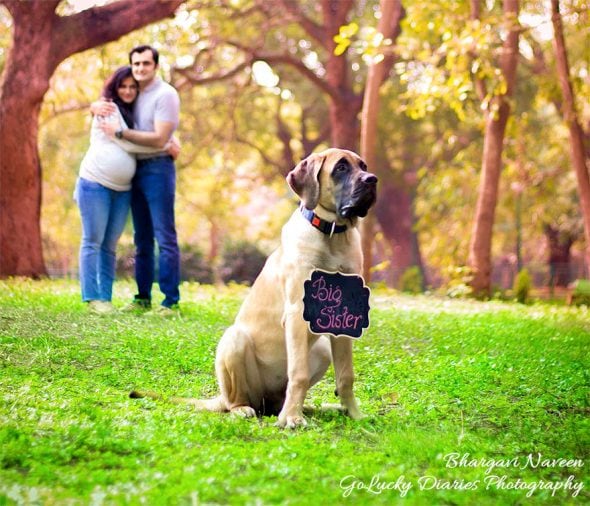 In her line of work, Madappa has come across many families who were giving up their dogs because they were having a child, and though she would try to persuade them not to, they would tell her that because she had never been pregnant, she couldn’t understand.  Well, she does now, and her argument is still the same, even though her own family was telling her to get rid of her dogs. 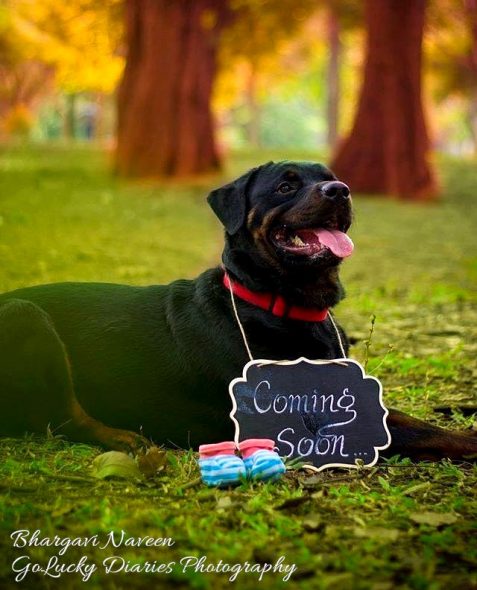 “I didn’t say much to people who told me to give them away.  I just nodded and smiled because sometimes you just can’t change opinions. This photoshoot was my answer.” 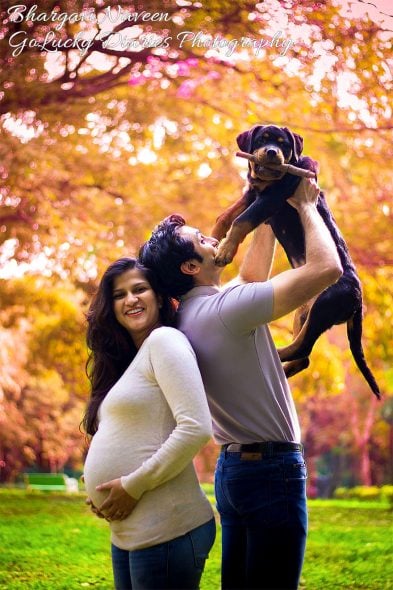 “I was told by family, friends and even my doctor to get rid of my dogs, that my baby came first,” Madappa told Buzzfeed.  “I don’t know how people can bring a child into the world, while letting go of another at the same time.” 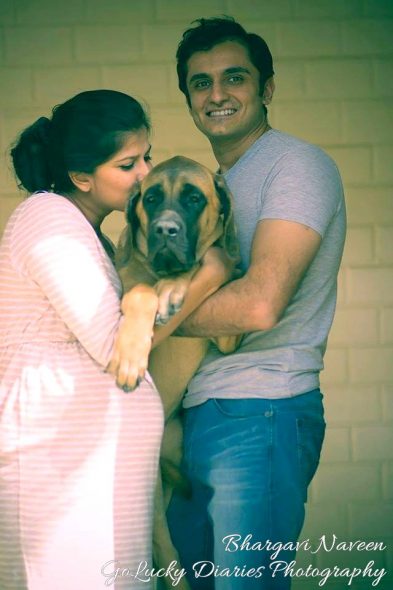 She and Raheja hired Bhargavi Naveen of GoLucky Diaries Photography to show not only her loved ones – but people around the world – that this baby will be loved by his parents and canine siblings Credit, Cujo, Diego, Leo, and Munni.  These five were incredibly gentle throughout Madappa’s very difficult pregnancy, which was exactly what she needed when she was forced to be on bedrest. 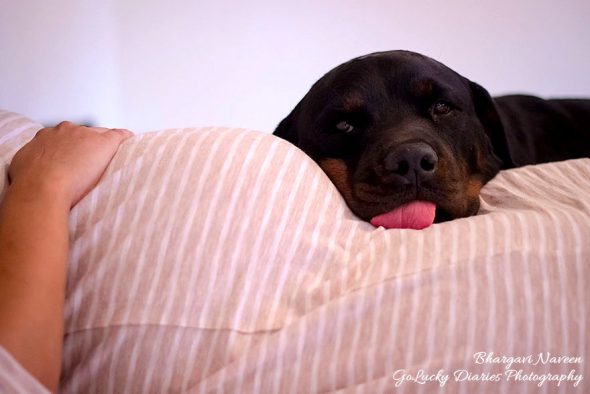 “The dogs were always there for me, especially when things got tough during the pregnancy,” she explained. “From sitting in the bathroom with me while I was sick to staying awake with me at night when I couldn’t sleep, they were a constant source of comfort to me.” 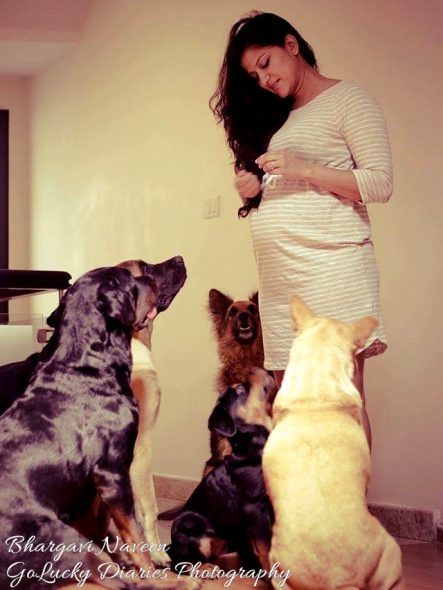 She gave birth just a week after the photo shoot.  When little Ayan was born, the dogs demonstrated that they could be delicate and loving with him, too. 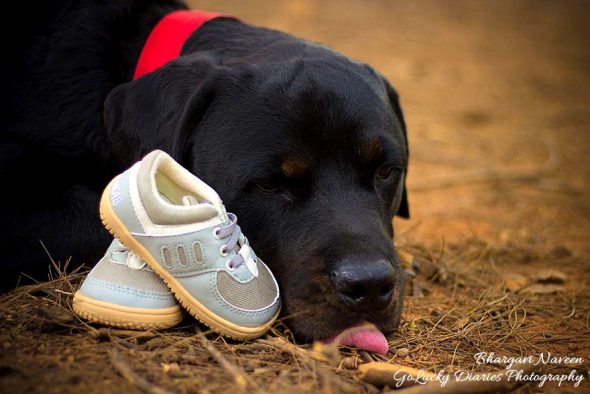 “My youngest pup sleeps next to his cradle while another always comes running to check in on him if he starts crying,” the new mom said. “They are so gentle with him. They never jump on me if I’m carrying him or up on the bed if he is on it. I didn’t have to teach them this, they just knew.”

Ayan is a lucky boy – not all children are so lucky to be born with five big brothers, sisters, and best friends. 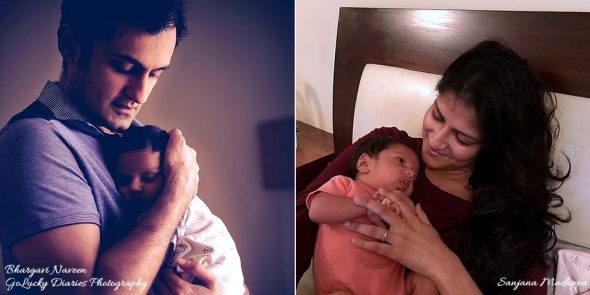