On July 18, 2013, North Carolina’s House passed a legislation giving rescue workers authority to break car windows and get access to free dogs or any animals trapped inside hot vehicles. 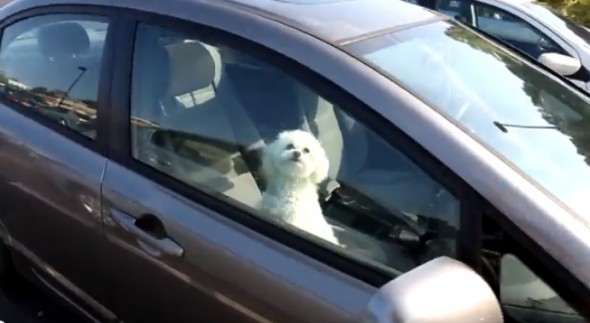 The legislation is an amendment to the already existing animal shelter bill. It states law enforcement officer, firefighter, animal control officer and other rescue workers can break into cars using “reasonable means,” when they suspect an animal is at risk of dying due to heat, cold, inadequate ventilation or other circumstances.

The amendment is schedule to reach the state Senate in the coming weeks and if it passes, it becomes law once signed by the governor.

This legislation came about after the June 10 incident where Eyes Ears Nose and Paws’ program manager left a service dog-in-training inside a car with the windows rolled up. The golden retriever named Worthy died and police charged the organization’s manager with misdemeanor animal cruelty.

Rep. Pricey Harrison, the Greensboro Democrat who sponsored the amendment, said she mentioned the Carrboro case briefly on the House floor, though not the dog by name.

There are already some local ordinances in NC. that allow police officers to break into cars to rescue pets. Yet, if this legislation is passed it will be legal statewide and it will cover all animal rescue workers.

Currently, there are 14 states alone that prohibit leaving an unattended animal in a car. California, Illinois, Minnessota, New York and New Jersey are among the 14 states. Check out the complete list, what the law says and what the penalties are.

We hope that all states follow North Carolina’s example and pass similar laws.