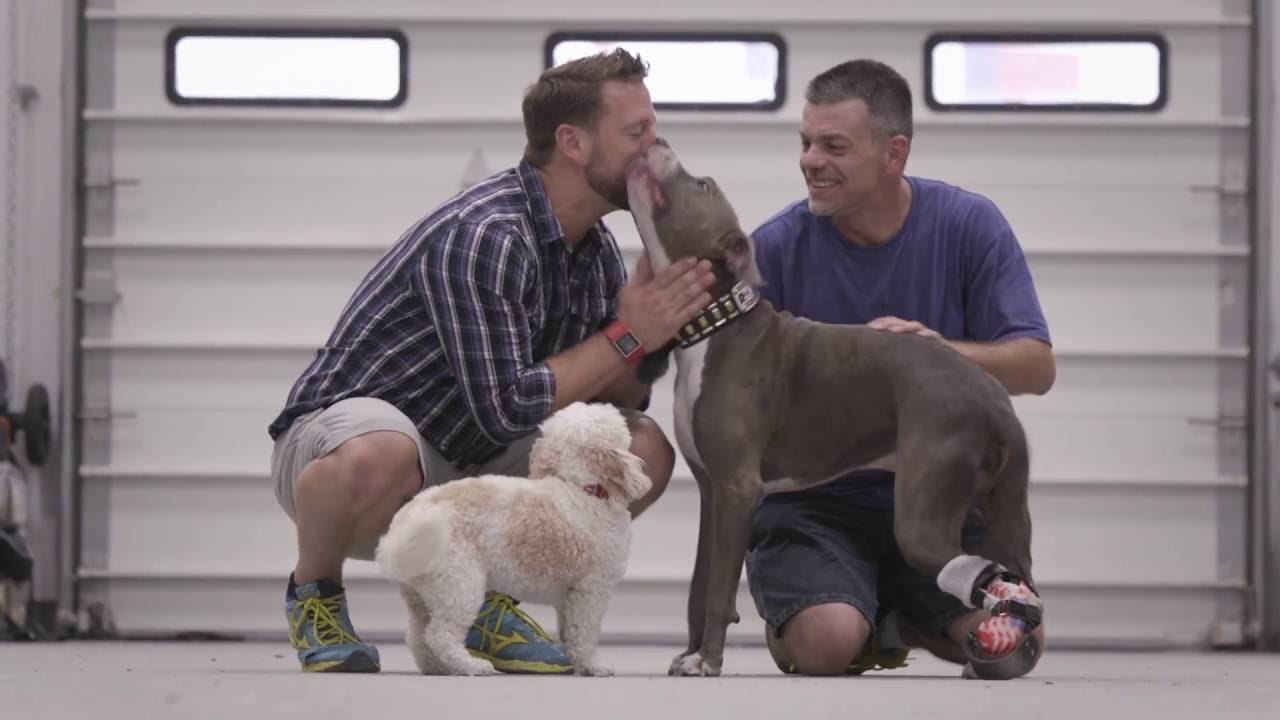 Hudson’s life didn’t start out well.  Not only were he and his brothers nailed onto rail tracks and left to die, he came away from the trauma missing a paw.  The trio was rescued, but little Hudson was in such bad shape, they weren’t even sure he would survive the short travel to the shelter.  Against great odds, this brave pup fought and soon found a forever home with Richard Nash. 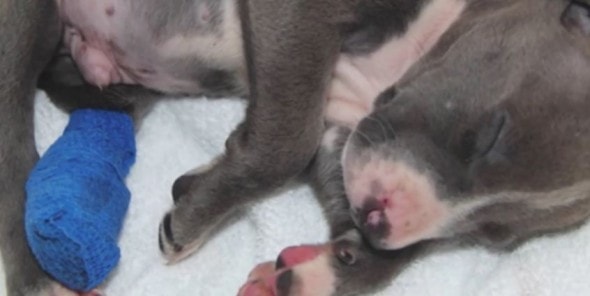 Even after he brought Hudson home to a warm, loving, and safe environment, Nash recognized Hudson would have nightmares and trust, with anyone given his history, was a major issue. Nash knew he had to do something to help his dog.

Enter Derrick Campana, an Animal Orthotist. In short, he makes prosthetics for animals and there aren’t a lot of people in the world who do what he does.  He has worked with all variety of animals including turtles, deer, and, yes, even elephants.  When Nash was seeking solutions for Hudson, he came across Campana, who was touched by the story, and worked to create a prosthetic for the dog. 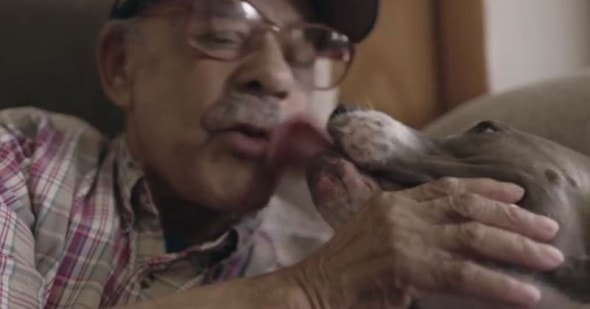 Campana made multiple plastic variations until finding one that met the criteria.  When it was put on, it was as if Hudson was a completely different dog.  His new plastic prosthetic opened up his world, so much so, he is now a therapy dog, helping others.

Who would have thought that tiny, frightened, tortured puppy would grow into the loving animal that is now bringing joy and light to so many people? Thanks to a caring, devoted forever family who saw that Hudson needed help, a creative, resourceful man with a mission, and the innovations in the use of plastics and 3D printing, it has become a reality for this very special canine.

Learn more about Hudson and his amazing story at Plastics Make it Possible. 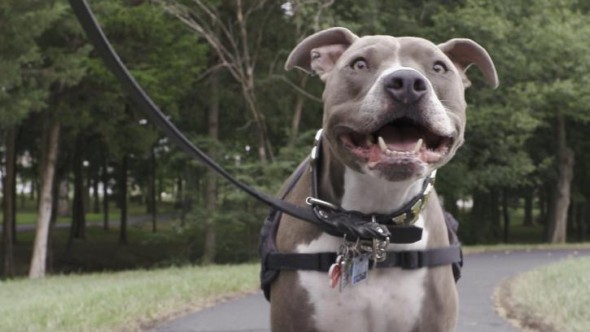