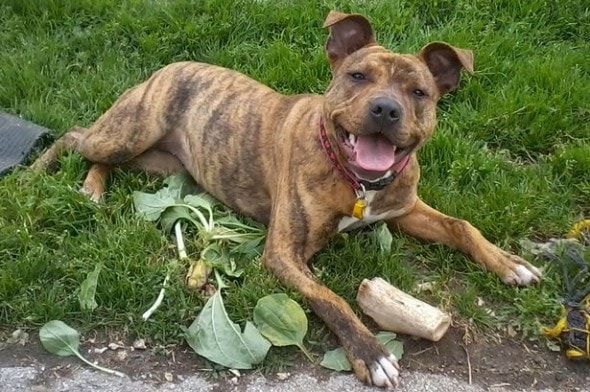 Well, after being rejected more than 18,000 times for adoption, Freya has FINALLY found a forever family!  The six-year-old Staffy that was once dubbed “Britain’s Loneliest Dog,” is lonely no more.  And don’t worry folks, her new human parents are still going to let her be in the upcoming Transformers movie being directed by Michael Bay.

After Bay had found out about Freya and her situation, he knew as a dog lover and animal activist, that he simply couldn’t let that stand.  So, he decided to cast Freya in his upcoming Transformers movie, and was even willing to let her come live with him until she was adopted.  He even had said that if she never was adopted, she could stay with him as long as she wanted to.  All of this extra publicity for Freya got the attention of Ray and Jackie Collins. 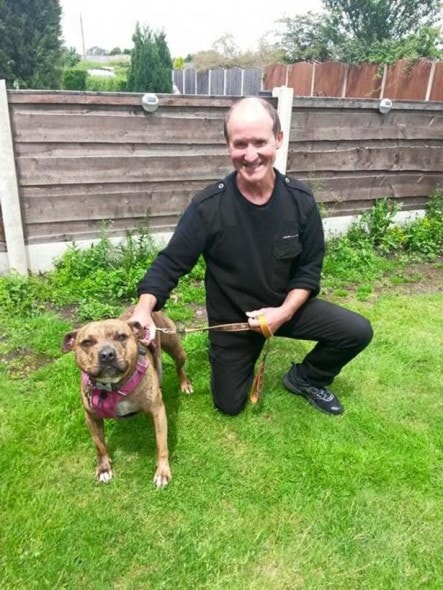 Ray and Jackie Collins are from Cheadle Hulme, Greater Manchester.  It only took one look at the adorable dog for them to fall in love, and it wasn’t long before they offered her a permanent part in their family.  She’s been spending the last three weeks with them and their other two dogs Teddy and Joanie.  Freya will officially come home for good today!

According to Collette Piert, the kennel manager at Freshfields, the shelter Freya has been staying at, “It was obvious from the beginning that Ray and Jackie had something special with Freya.  They immediately understood what she needed, and have worked closely with us over the last few weeks to put in place the support and guidance we provided.  They are very experienced dog-owners and already have two rescue dogs, Teddy and Joanie.  The adoption papers will be signed this week, and finally Freya will be part of a family who can provide a stable home where she can enjoy her life to the full.  We couldn’t be happier for her.” 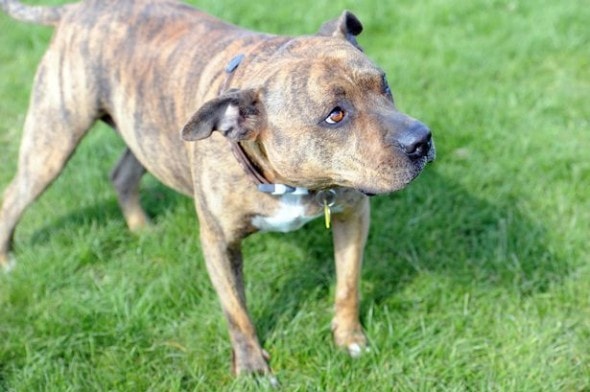 Staff member at the kennel, Debbie Hughes said, “Everyone at Freshfields Animal Rescue is delighted to announce that our wonderful dog Freya has at last found a home of her own.  We, at Freshfields, have never given up hope that Freya would find a loving home.  We never give up hope.” 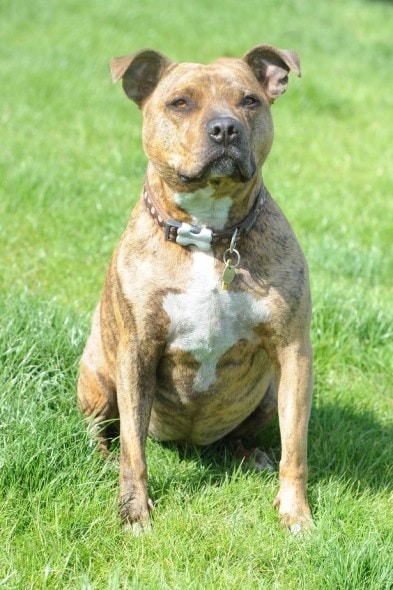 To see our first coverage of Freya’s story, click here.