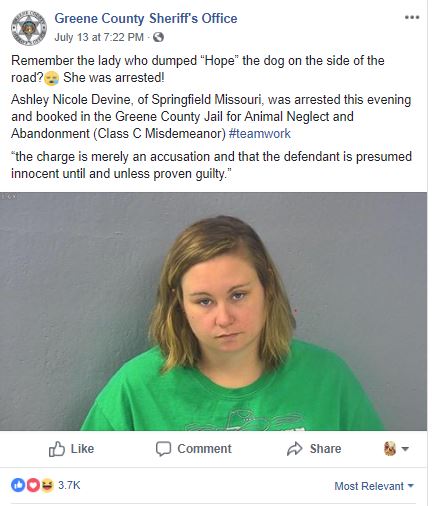 Last week we told you about a lovely Lab mix (now named Hope!) that surveillance video captured as she was dumped by the side of the road in a suburb of Springfield, MO.

The Greene County Sheriff’s Office posted to their Facebook page that the woman believed responsible was arrested on July 13.

The video showed a woman letting her dog out of her car, shutting the door and speeding away. One posted by the camera’s owner, it quickly went viral.

She was arrested for animal neglect and abandonment, a class C misdemeanor.

The dog had severe burns on her paws after running on the hot pavement until she was found.