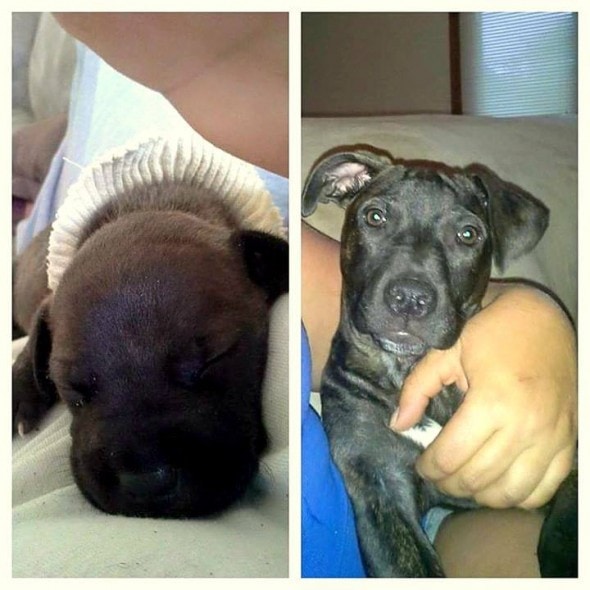 DORI was surrendered to me last year as a three-week-old puppy who suffered from Swimmer’s Syndrome.

Her limbs were flat out to the side of her body and she could not use them.  She was so weak that she had to be force fed, and her chest was crushed due to her only being able to lay flat her first 3 weeks of life.

When I left the vet that day I left in tears.  Her prognosis was grim.  The vet said she had so much damage to her chest wall, and the fact that she needed forced feeding was never a good sign.

Well after my boyfriend did some research, he made her a harness out of a sock, which braced her limbs forward.  While her legs began to get better, it was touch and go because she wouldn’t eat.  However, Dori proved to be a fighter.

It’s been almost a year since we got her.  The vet says she is truly a miracle.

My boyfriend and I have adopted her, and you would never know today that she had any thing wrong with her.  She runs, plays, does stairs and is a VERY happy girl!