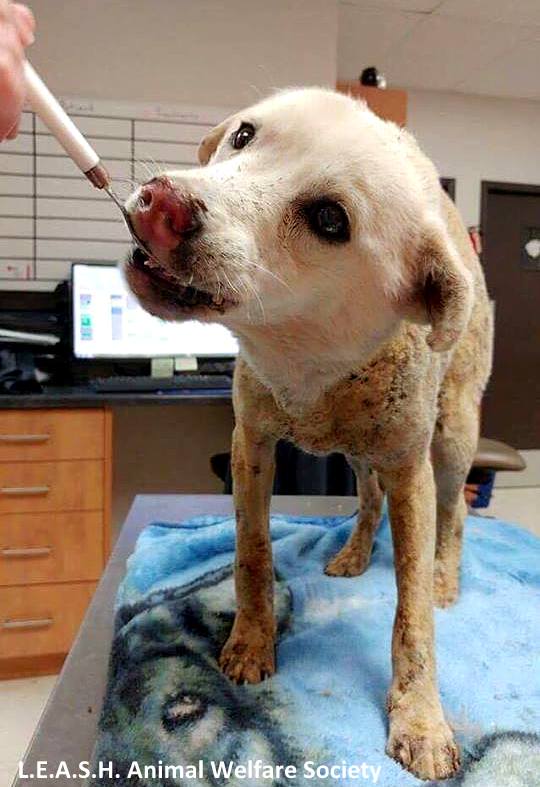 A nine-month-old puppy was savagely thrown onto a fire purportedly by a group of children.  He fortunately managed to make it out and get back home, but suffered burns to 90 percent of his body.  However, he is receiving the best possible care, and can’t stop wagging his tail at rescuers.

The mixed breed dog lived in a “fly-in” community (homes built around an airport where residents have their own hangar) in Manitoba.  Some children apparently stole him off of his porch and threw him in a fire.

“Polo managed to make it back home where he was discovered by his family,” LEASH Animal Welfare Society said.  “Smoke coming out of his nose.”

His nose, belly, groin, and paws sustained the worst injuries, but second-degree burns covered 90 percent of his body.  Most of his fur was singed off, but because it was so thick, his skin was saved from being further damaged.

“Thankfully Polo found his way home and his family called Save A Dog Network Canada for help. Polo was flown out of Red Sucker Lake First Nation and is now at Tuxedo Animal Hospital in Winnipeg where he is being monitored and on pain medication,” LEASH said on Facebook. 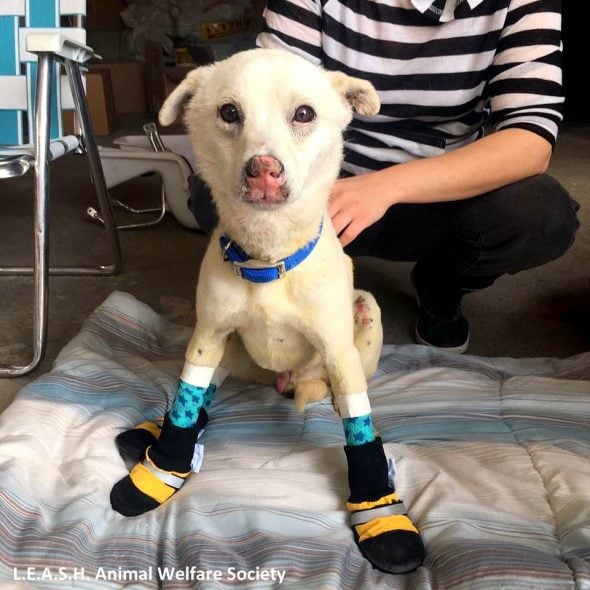 “Despite the horrors this little man has recently been subjected to he continues to try and wag his tail and remains in relatively good spirits.

“Polo is currently receiving pain medication, special baths for his skin and antibiotics. He is a fighter and even tries to wag his tail at those that are helping him.”

Police are investigating the crime, and Polo has been sent to live in a foster home, which his family believes will be safer for him after what happened.

A fundraiser was launched to help cover the costs of his medical care and flight from Winnipeg to Vancouver for more extensive treatment.  Within days, the goal was met and doubled.

“He’s such a little ham,” Katie Powell, founder of Save a Dog, told TODAY.  “Despite his hardships, he’s a happy guy.” 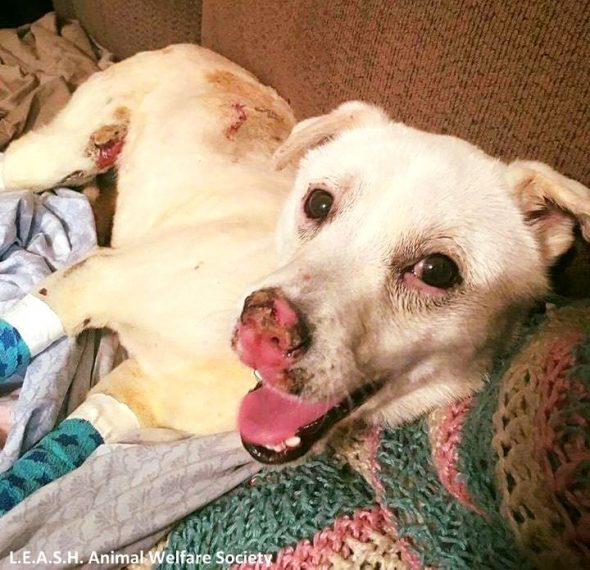