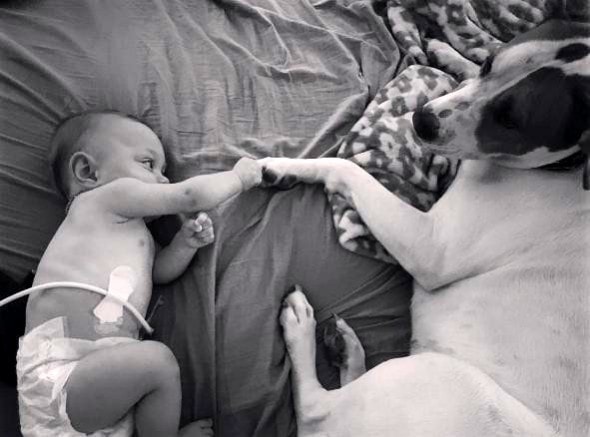 When Addie was born three months early, she had to spend the next several months in the hospital.  Jpeg, the family’s rescue dog, couldn’t meet her until she came home, so he slept with her swaddling blankets until then.  And now the two can’t be separated.  Just a puppy himself, he is very protective of his fragile little sister, and she is the only one he’ll even give kisses to.

“When she gets sick, he runs over to her.  When she cries, he kisses her.” 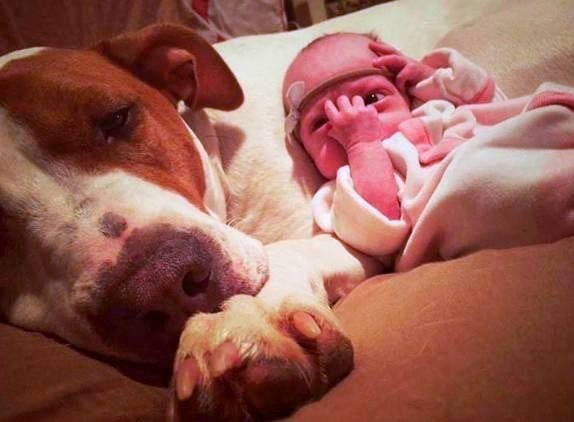 Jpeg was adopted from Pregnant Dog Rescue in Pennsylvania by the Durfee family when he was just under three months old.  Not long after, his parents added another baby to the mix – a little girl named Adeline.  But she was 14 weeks premature, and weighing less than two pounds, she had to be kept in the neonatal intensive care unit (NICU).  She spent the first eight months of her life in the hospital.

So Jpeg was nearly a year old by the time he was finally able to meet his sister.  However, their bonding started as soon as she was born. 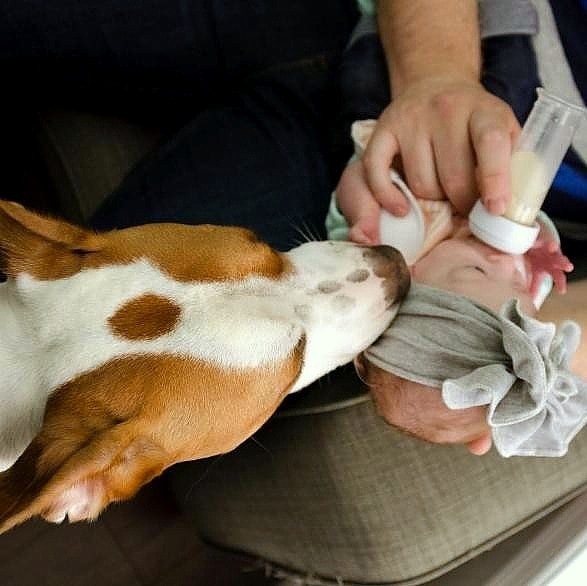 “His love for her started even before she came home,” mom Stephanie told The Dodo.  “When she was in the NICU, I would bring home her blanket that she was swaddled in that day, and he would get excited, smell it and sleep on it.”

The tiny baby is still facing some possible undiagnosed medical complications and requires a feeding tube, but Jpeg is never anything but tender with his beloved sister. 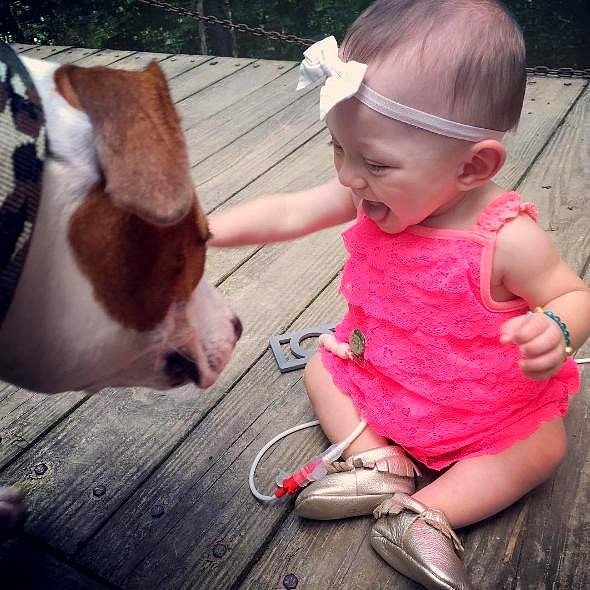 “Jpeg was only one when we brought her home, and he was still very much a puppy,” Stephanie said. “The second we came home, he calmed down so much. He is beyond gentle.”

And even more than gentle, Jpeg is very watchful over his charge.  He guards the doorway of any room she is in, and makes sure to put himself between her and any stranger that comes near.  And it’s clear that the love is mutual. 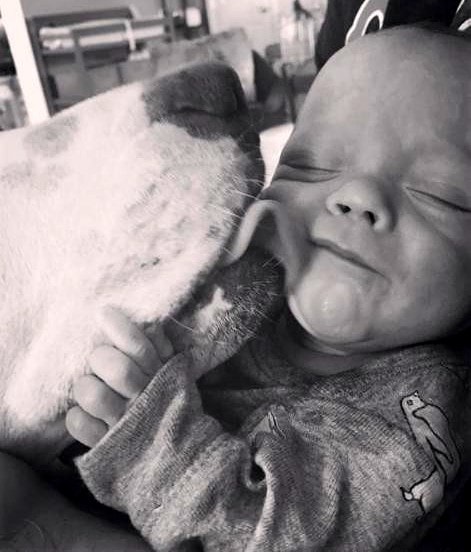 “He is the only one she reaches for.  When he comes near her, she smiles. She may have cerebral palsy, and one of the ways we do physical therapy is I have Jpeg lay a few feet from her, and we work on crawling toward him. When she reaches him, he covers her in kisses and she laughs. Jpeg is not a licker or kisser, except when it comes to Adeline.”

Though one would think a puppy his age would be a bit rambunctious, caring for such a delicate sibling is serious business. 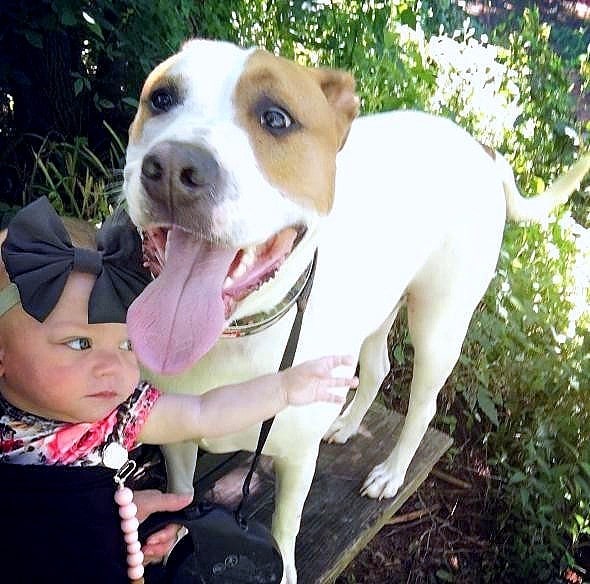 “At doggy day care, he runs with his friends every time they throw the ball, but never goes after it,” Stephanie said.  “He’s not very competitive.”

He’s just got more important things on his mind.  Dogs are incredibly perceptive creatures, and he understands that wee Addie needs his nurturing and protection.  He is her first friend, and hopefully they will share that bond for many years to come. 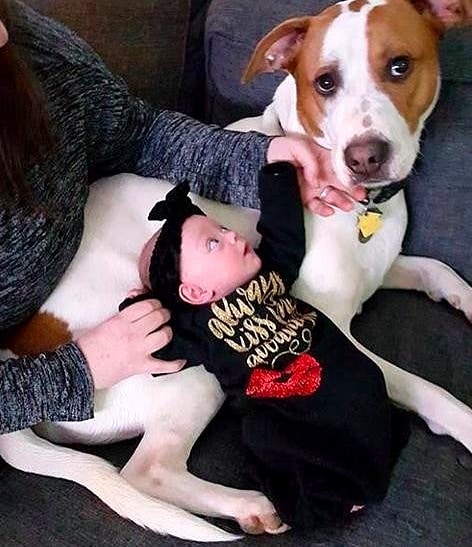