A neighborhood in Boulder, Col., is a lot safer today thanks to Squid, a weimaraner-pointer mix, who helped apprehend a neighborhood thief after alerting his owner about the robber outside her door.

Tina Fuller, Squid’s owner, was fast asleep in her room with her pet, when she was suddenly woken up by Squid’s growls. 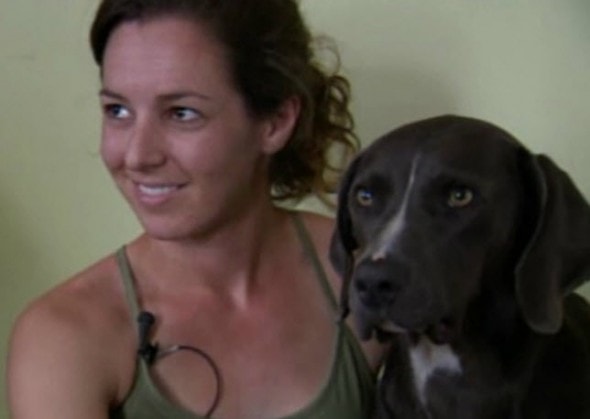 Fuller looked out her window and saw two men dressed in all black trying to break into her car. She immediately called 911 and moments later, police officers were outside her door chasing down the thieves.

Fuller’s neighborhood had been recently hit with multiple thefts, and when police received the tip of the on-going break-in, they acted quickly. Authorities were able to capture one of the thieves, the second man got away.

Thanks to Squid, a dog Fuller had recently adopted, Fuller’s and other neighbors’ belongings were retrieved.

On our book Squid is not only a great rescue dog and house pet, but he is also an awesome police detective.