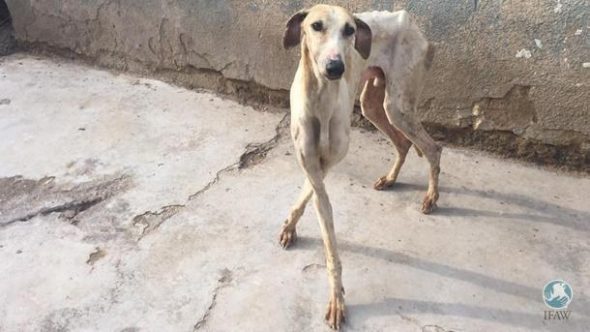 Food is a very important thing for all living creatures.  However, when a man from South Africa passed away leaving his family to care for 64 greyhounds with almost no income, things got very bad.  They were forced into feeding the dogs cooked cabbage, which is not enough for them, and many of the dogs began to waste away.  That’s when a rescue was finally called in to help, and do some really hard work to save some lives. 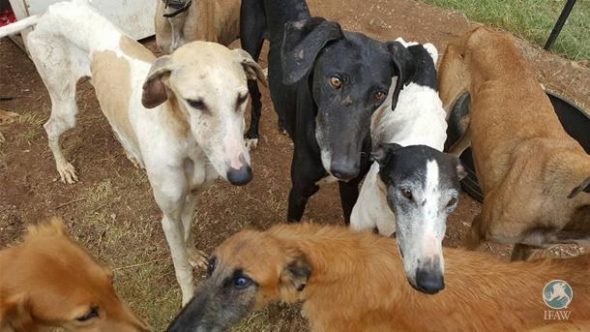 By the time Greyhound Rescue South Africa was informed of the situation, it was too late for many of the dogs.  They simply couldn’t care for all the dogs, and many of them passed before help could get there.  Realizing that there was no other way, the family cooperated with rescuers who were also helped out by Community Led Animal Welfare (CLAW), a partner of the International Fund for Animal Welfare (IFAW), and the first group of 11 dogs were surrendered to the CLAW sanctuary. 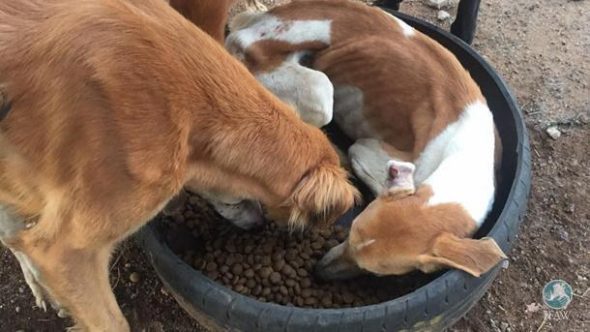 “In South Africa greyhounds are used for hunting and poaching,” said Sheena Dale, an IFAW project manager at CLAW, to The Dodo.  There are laws against using dogs to hunt, however they are very rarely enforced.  The practice is harmful not only to the dogs, but also to the various wildlife in the area.  “Looking at the scars covering their bodies, in particular ‘Whip Girl,’ it is believed they had been beaten off their prey more than once,” Dale said. 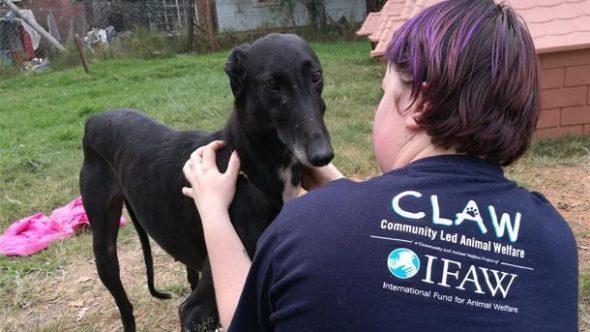 One of the dogs rescued was so weak, and so warn out from a hard existence, that he literally laid down in the food bowl and passed out sleeping as he was eating.  It was obvious that this was some of the first good food this poor dog has probably ever had.  Not to worry though.  Along with the food, each dog was given their own personal “nest” piled high with soft, comfortable blankets and pillows. 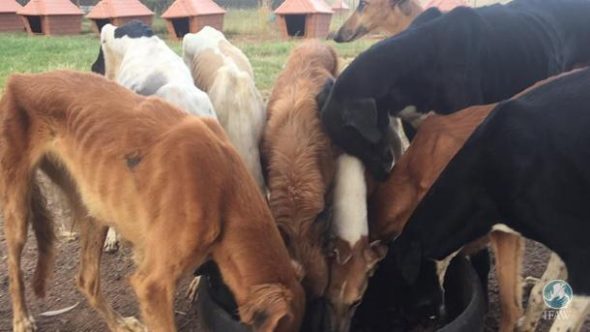 “We piled all the kennels high with soft blankets and, very quickly, each kennel had a long snout and even longer legs poking out of their entrances,” said Taren Welthagen, a volunteer with CLAW. 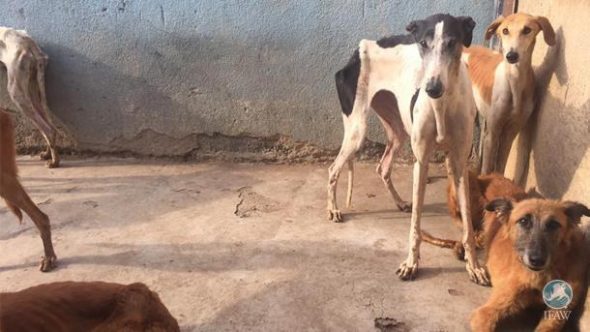 The family has since even allowed for more of the remaining dogs to be rescued and taken to the sanctuary.  A total of 16 were taken in, and now the work of finding loving homes for them to eventually go to is underway.  If you’d like more information on CLAWS, please click here.  You can also make a donation to assist them with their continued efforts. 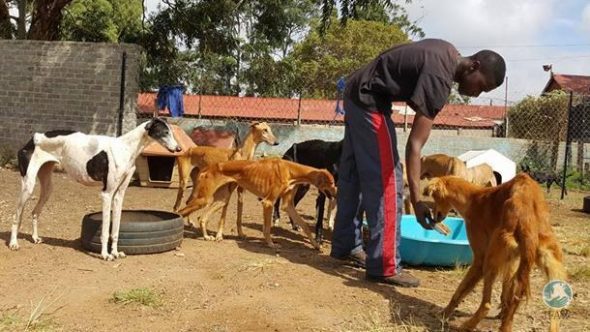