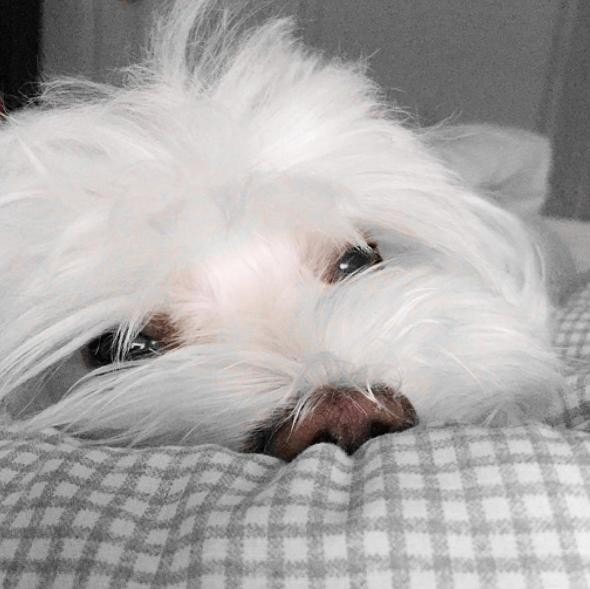 Alison O’Connor just likes to help others out in whatever way she can, whenever she can.  She says it’s like an obsession of hers.  As a therapist she gets a chance to help people out all the time, so she figures things should be the same when it comes to adopting dogs.  No matter what their needs may be, she does what’s needed. 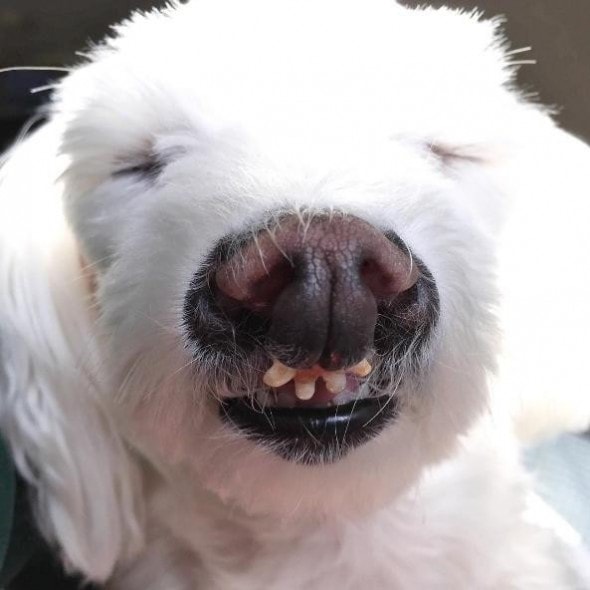 “My last dog Petey had dementia,” O’Connor said when talking with The Dodo.  “He required a lot of care.  It was really heartbreaking and sad, but it sort of became my daily routine.” 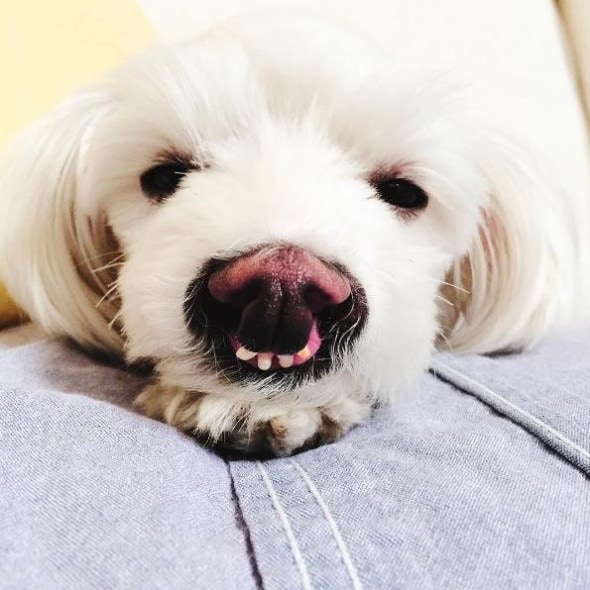 Petey passed away in 2014, which left a big hole in O’Connor’s life.  She knew that she would need to bring another don into her life.  One that she could help the same way she was there for Petey.  When O’Connor was contacted by someone from the American Maltese Association Rescue (AMAR) called her and asked if she’d like to foster a dog with kidney issues, she jumped at the opportunity. 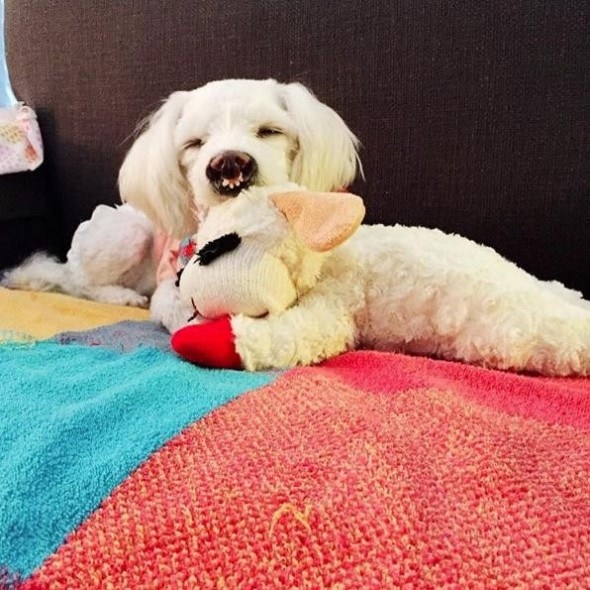 “I hadn’t even seen her yet,” said O’Connor.  “[The dog] needed to have surgery in a specialized hospital, which was only about 20 minutes from my house.  The intention was to get her medically taken care of, then adopt her out.  But I think I always knew I was going to keep her.” 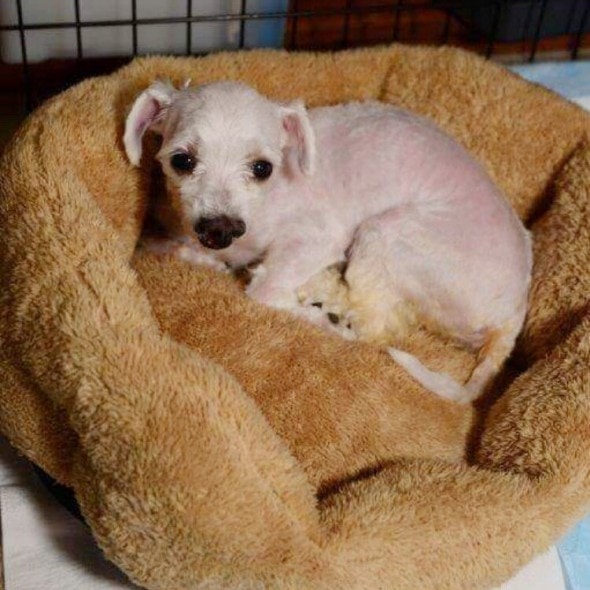 When the time came for O’Connor and the dog called Pez to finally meet, there was something that O’Connor noticed straight away.  Something was VERY different about Pez.  She has this row of teeth and an odd looking snout that basically makes her look like she is smiling all of the time.  O’Connor was in love. 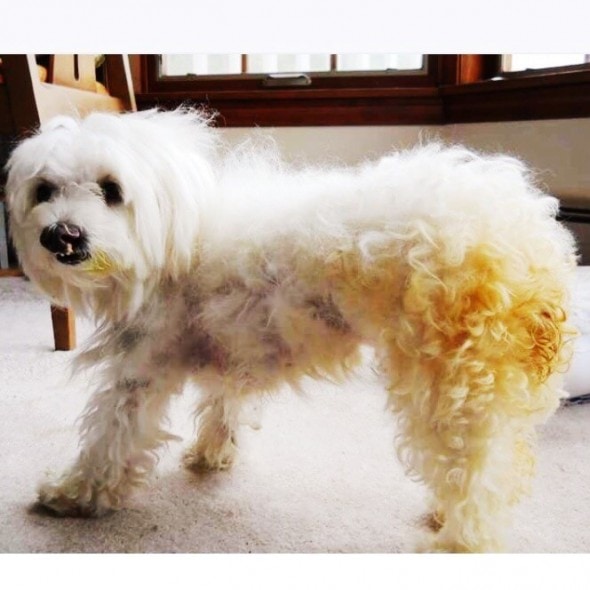 “It’s sort of like a cleft palate, but the palate is actually closed,” said O’Connor.  “Literally every time I look at her, my heart explodes.” 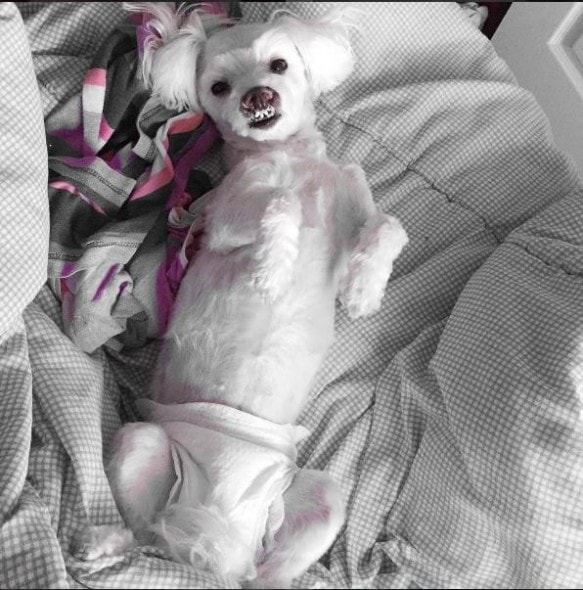 Pez may look like she’s smiling all the time, but her start in life was most certainly nothing at all to smirk about.  O’Connor may not know 100% of Pez’s history, but what is clear is that Pez was abandoned at a shelter by someone because this person just didn’t want to pay medical bills for a dog.  She spent some time in a New York City shelter, but was later rescued by AMAR. 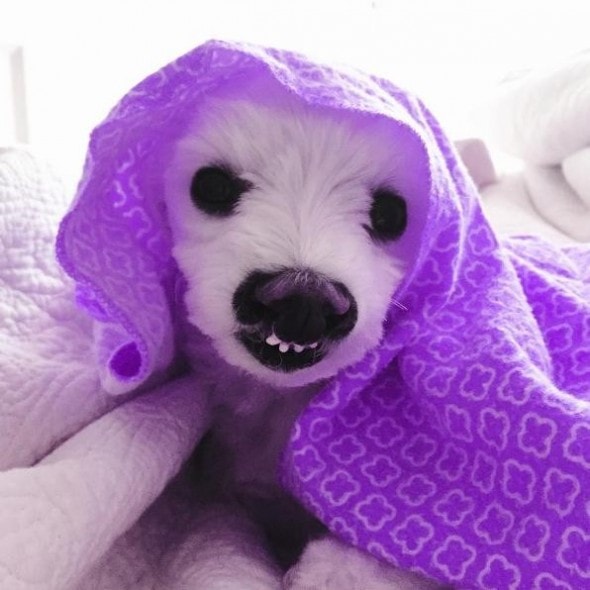 According to the doctors, Pez’s condition is almost purely cosmetic.  She’s not in any pain because of it, and there aren’t really any surgeries to do anything for her.  It wasn’t her face that the medical bills were going to get extreme from, but her kidney problems were really bad.  She has to be kept in diapers of some sort almost always. 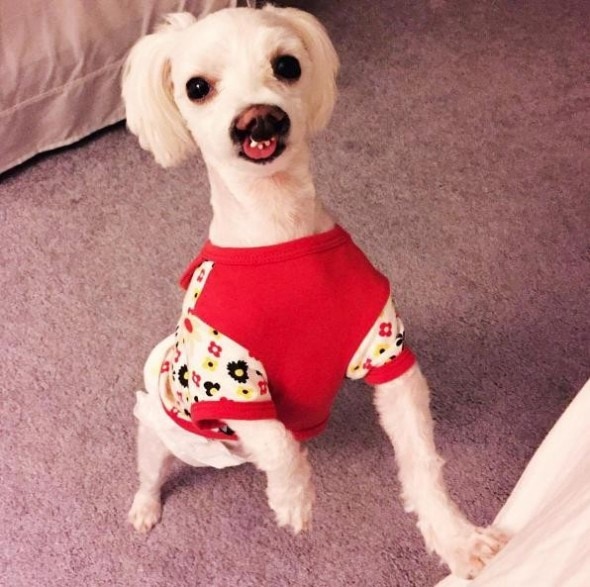 “It’s just like a quirk,” she said.  “I don’t know what else to say besides that she’s charming. I know that’s a weird way to describe a dog, but she has a lot of spunk.  She’s constantly glued to you the whole time, and wants to be having a good time.” 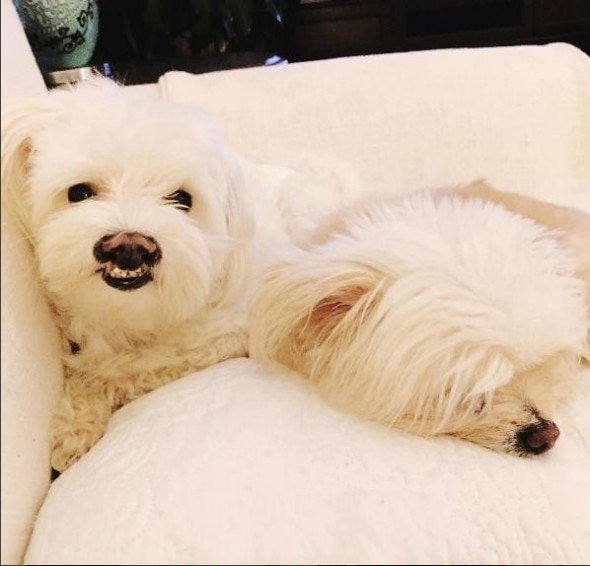