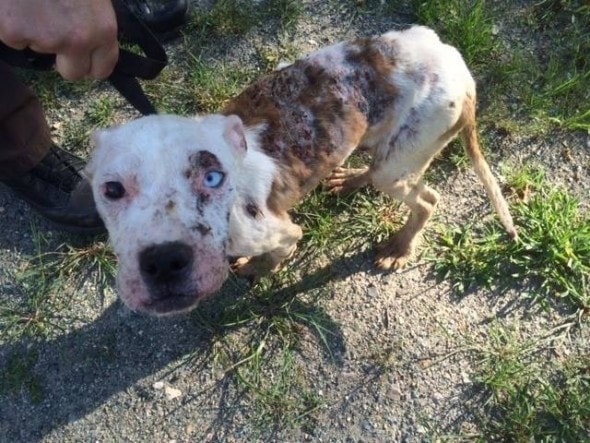 Those that rescue dogs, especially dogs found in the condition little XO was in when he was rescued, truly know what real gratitude is.  There are few things in the world that are as beautiful.  Little XO was so excited to be rescued, that he accidentally injured himself wagging his tail!

To look at XO at the point of rescue, it’s almost difficult to tell he was a dog.  He was about 1-year-old, and was not only covered in demodectic mange, and a secondary skin infection was taking hold.  He was also only 15 pounds, far underweight for his age and breed. 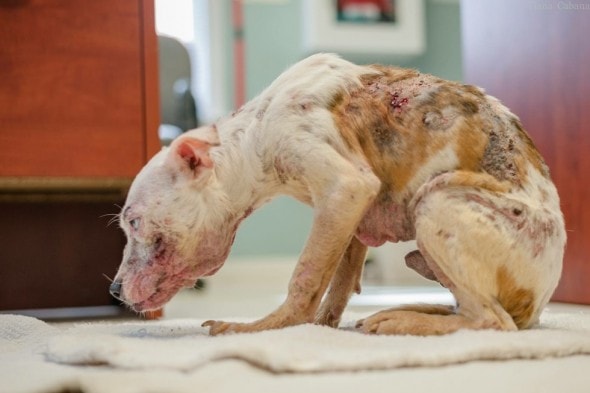 Yes, XO was in really bad shape.  However, his spirit was never damaged.  Despite possibly having been subject to the worst of humanity, this dog still loved people, loved to play and just wanted to give every ounce of love he had in him to however would have it.  Apparently, physically breaking this dog didn’t emotionally destroy him the way it would many others.

Along with all of the other issues XO had going on otherwise, he also had an extreme case of “happy tail” according to his rescuers.  “Happy tail” is a term given to a dog that just is so happy to have been saved, that the tail wags constantly.  It never seems to stop with XO either!  Anytime anyone in the shelter would come near, the tail would start going and never stop!  He was wagging it so hard, and his poor skin was so messed up, he began to bleed! 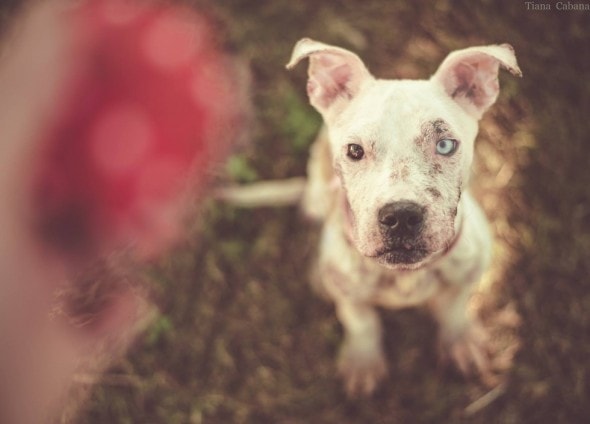 “Although he has been through it all in such a short amount of time, that doesn’t get him down,” said Alyssa Ellman of Second Chance Rescue NYC to The Dodo. “He is truly so outgoing and loves to follow you around, wag his tail and take treats from you.”

Ellman was contacted to see if she could possibly secure a foster home for XO.  She came and got him, and right from the first second they met, she knew it wasn’t going to be too difficult to find this adorable little guy a forever family. 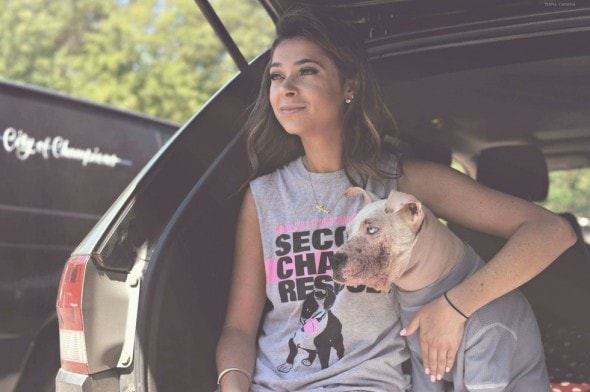 “The second I got to animal control and I saw his face and looked into his eyes, I couldn’t help but tear up,” said Ellman.  “Seeing that tiny boy in such bad condition breaks my heart.”

If you were wondering, it was Ellman that gave him the name XO.  She chose this because it’s not uncommon to see a greeting card or a note to someone you love signed with “XO,” meaning hugs and kisses.  And XO LOVES to give hugs and kisses!  He’s doing much, much better now.  He’s with a foster mom, has gained about ten more pounds, and it’s still slow going with the skin conditions, ut those are healing nicely, now. 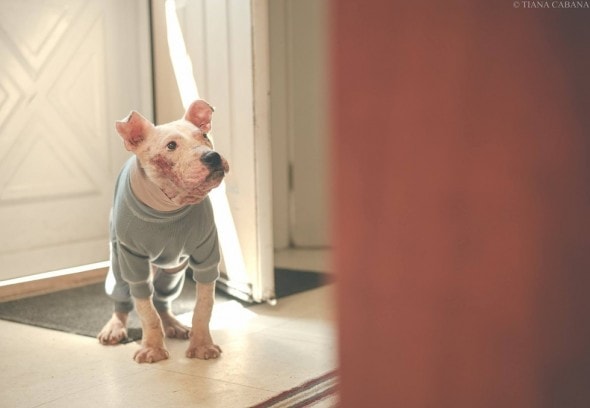 “He hangs in her office all day with her, gets his daily bath, eats, goes outside and sleeps on his HUGE bed,” said Ellman.  “He is in heaven and I feel so lucky to be a part of his rescue.”

Please, if you can, consider donating to Second Chance Rescue NYC.  You can get more information by clicking here. 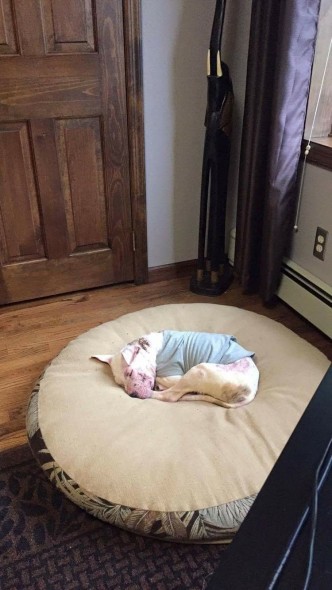 6 thoughts on “Rescued Puppy Is So Grateful for Second Chance at Life, He Injures Himself Wagging Tail!”