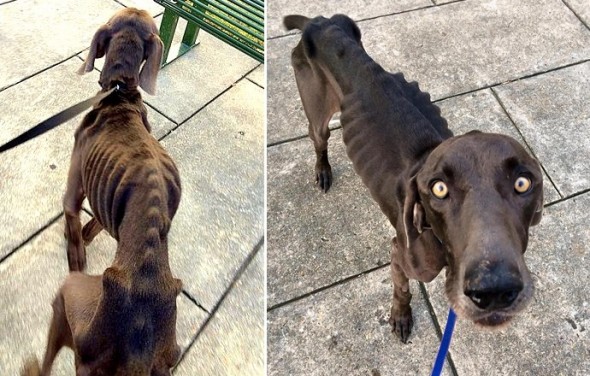 A severely emaciated dog found wandering the streets of New Orleans has been rescued and is on the road to recovery.  When he was taken in, it was discovered that Alex had only twigs and rocks in his stomach.  He wouldn’t have lasted for much longer, but is now getting the care and love he needs.

“He was hesitant coming out of his transport crate, but when out, immediately kicked my hand and began wagging his tail,” Theis explained.

An X-ray showed Alex’s stomach was filled with rocks and twigs, and soon after he developed bloat and his stomach flipped, requiring immediate surgery on the 14th of this month. 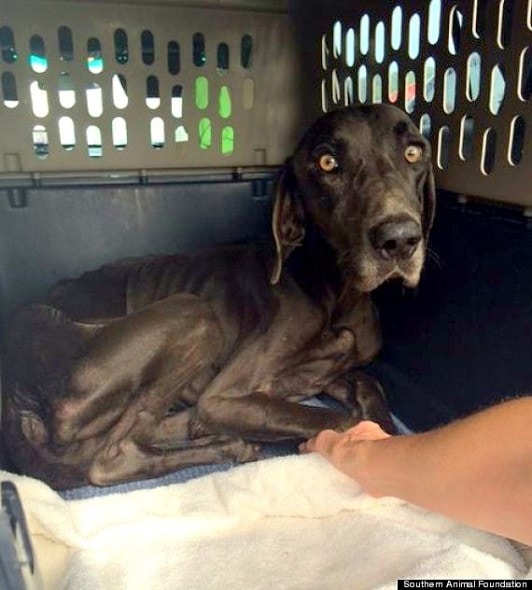 “This poor baby has been through hell and back,” SAF said. “Emaciated and heavy heartworm positive made him a horrible surgical candidate, but it had to be done.”

Alex survived the incredibly risky surgery, and is now recuperating.  He is becoming well-known in the French Quarter, and people driving by honk when they see him being taken for walks.

“The responses to Alex have been overwhelming. Alex’s story has been shared more than I ever imagined it would be, and people are sending in donations to help with his medical care,” Theis told HuffPost. “He certainly has a following now, and just the positive words of support and encouragement are heartwarming.”

The 10-year veteran rescuer has been taught a valuable lesson by this lovable dog.

“This particular experience has taught me to not give up hope. Even the worst possible cases of neglect and abuse can be saved, especially if the community comes together to help out.”

Theis calls Alex a talker and a bit of a goofball.  To adopt or donate toward his care, please click here.

0 thoughts on “Rescued Weimaraner Survived by Eating Rocks and Twigs”