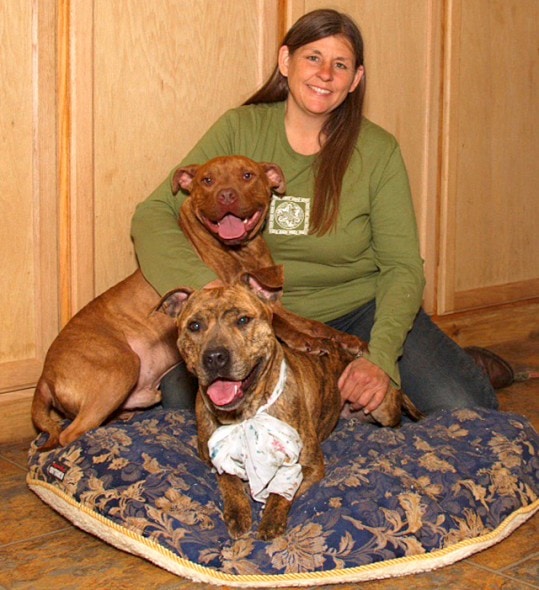 Bonnie and Clyde were found running down a Tennessee highway while their owners were cooking up a batch of meth at a nearby hotel.  Officer Parker saved the dogs and got custody of the deeply bonded pair, but she’s not allowed to have them where she lives.  She’s spent all the money she saved for a house to board them so they aren’t put down, and is really hoping someone will adopt them.

“I promised them I wouldn’t let anything bad happen to them,” Parker said, and “I would never separate them.”

She wouldn’t be able to if she tried.  They whimper any time they’re apart, and when one was crated, the other would immediately squeeze in.  If Bonnie takes a bath, Clyde hops in with her.  One won’t eat without the other.  They clean each other’s faces, kiss one another’s bellies, massage each other, and sleep curled into each other. 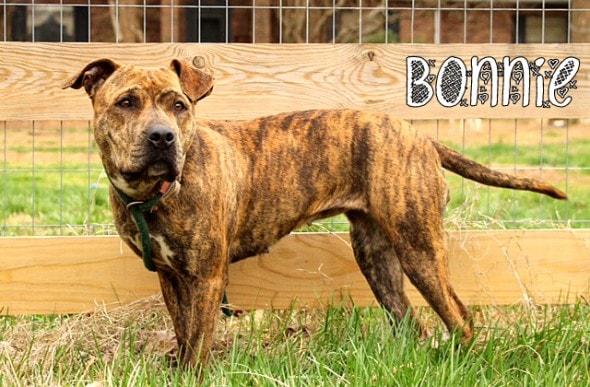 “If they had to live without each other, Bonnie and Clyde would wilt away and die. They’d grieve themselves to death,” Parker explained.

She’s seen a lot of horrific things in her time on the force, but she believes that the tenderness shared between Bonnie and Clyde have added years to her life.  She wishes that she could keep them, but the rental homes in her area don’t allow pit bulls, and she has spent around $15,000 – her savings – keeping them in boarding. 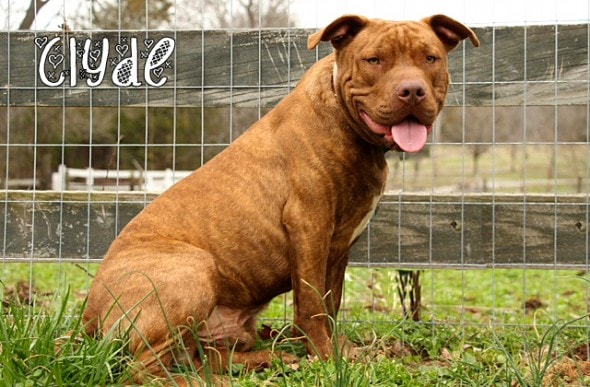 So far, Parker has received over a dozen applications to adopt, but only a handful of them were serious (some were actually from dog fighters).  Two potential adoptions fells through because of pit bull bans, and the rest of the applicants hung up on her when she informed them that she’d need to do a home visit.

These two have never shown any aggression, and get along with cats, but are selective about them.  They’re only three years old, and are very gentle, so they would likely do well even in families with small children.  They are spayed and neutered and on flea and heartworm preventative.

If you cannot adopt Bonnie and Clyde but would like to help, you can donate to via PayPal using the email address [email protected], or directly to the fundraiser page.  You can reach Officer Parker at that email address to inquire about adopting, or call her at 423-278-4622.  Though a home visit would need to be conduction, she is willing to transport them. 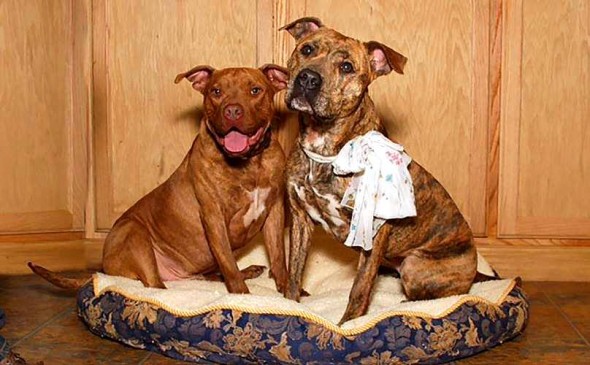