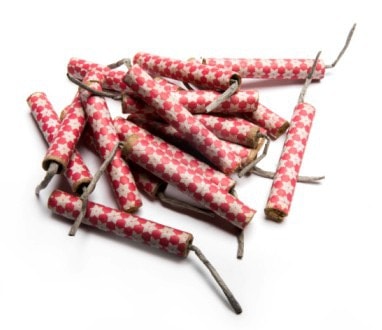 The Humane Society of the United States is offering a reward to bring in the individual(s) responsible for the grisly torture of a dog in Elkhart, Indiana on July 5.

Elkhart County Humane Society Director Anne Reel reported that children threw a lit firework at a one-year-old female pit bull. She picked it up and it exploded in her mouth. Her face was so badly disfigured that she had to be euthanized.

“This is not uncommon that small minded individuals (adults and children) throw fireworks at animals,” Reel said. “Yesterday as I was walking my dog in a local city park, I witnessed a teenage girl throw a firework at a group of geese.”

“It was a terrible, terrible injury, one that we could not save her life. There was absolutely nothing we could do for this animal,” Reel said. “You would think people would have common sense. You’ve got this explosive device and you’re going to throw it at a person or an animal? … That’s just cruel.”

Elkhart police are investigating the matter, which happened in the 1200 block of South Main Street. Anyone with information is urged to call (574) 295-7070, or visit their website.

The HSUS is offering a $5,000 reward for the identification, arrest and conviction of the person(s) responsible.

“This defenseless puppy suffered a terrifying and painful death, and there is absolutely no excuse for such a depraved act of cruelty,” said Erin Huang, the HSUS Indiana state director. “We hope that this reward will bring forward anyone with information about this heinous crime.”

Children learn how to think, feel and act based on what they observe from those around them. Cruelty witnessed and endured is cruelty ingrained and espoused.

If you ever witness an act of cruelty or neglect, do not be afraid to speak up. You must suffer the discomfort and find the courage to report neighbors and loved ones for the sake of those who cannot speak for themselves. Please share these messages.