Apparently, dog fighting is on the rise in the UK, and animal rights champion Ricky Gervais is certainly not keeping quiet about his opposition to it.  He’s completely disgusted by the barbaric activity, and is making sure dog fighters (like the ones who tortured Cupcake here) are shamed for their horrific deeds.

Cupcake is a survivor of the dog fighting underworld.  She was bred frequently, churning out dozens of fighting and bait dogs.  Once she was no longer viable, she became a bait dog herself.

The monsters who enslaved her tore out her teeth with pliers to keep her from defending herself.  And for whatever reason, she was repeatedly slammed into a wall to the point that she is facing blindness and may have to have an eye removed.

Her rescuer, who has chosen to remain anonymous due to fear of retaliation, has been dedicated to helping Cupcake recover from her traumatic past and find a loving home. 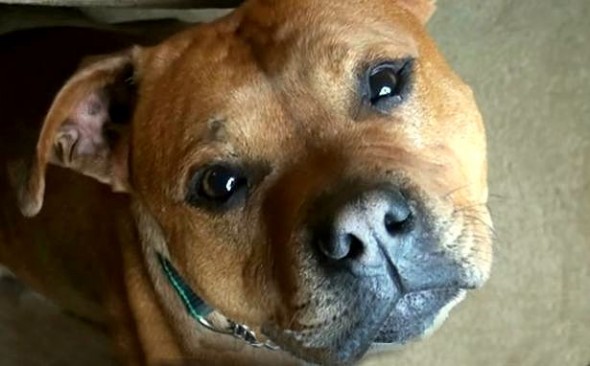 “Cupcake’s story is unfortunately not isolated. She is not the first and devastatingly won’t be the last animal to have suffered at the hands of cruel and cowardly animal abusers,” she said.

“Cupcake endured horrific injuries and for what? Sick fun? A bit of cash? Boredom?”

Ricky Gervais was also not shy to speak out against the cruelty of dog fighting. 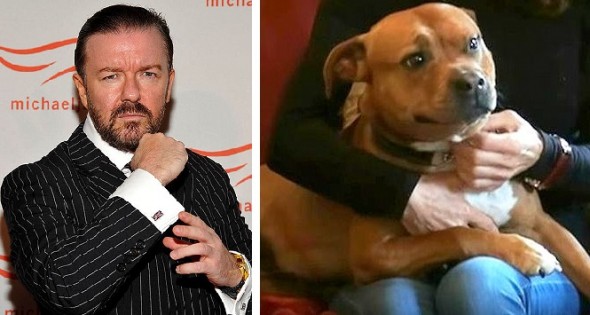 “I am deeply saddened to hear that illegal dog fighting is apparently on the rise in the UK. Anyone who likes the spectacle of two terrified animals fighting is a psychopath.

“Dogs are naturally loyal friends, who have to be abused and mistreated to act in this way. They don’t want to be part of this.

“They are literally fighting for survival. Please never attend anything like this and if you suspect such a disgusting event may be taking place somewhere, then please report it immediately. This has to stop.”

Cupcake has now become a poster girl for the crackdown campaign demanding tougher laws and a registry for offenders.  If you live in the UK and would like to sign the petition, please click here. 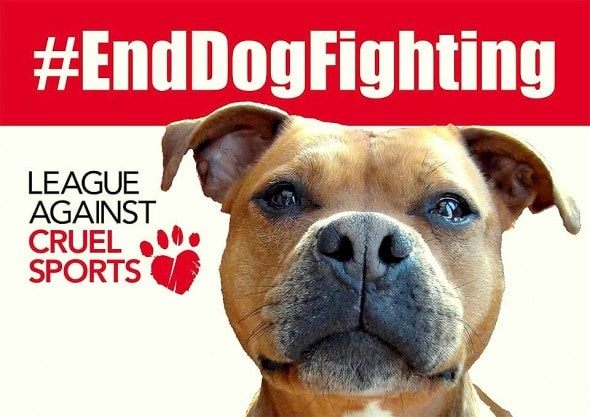