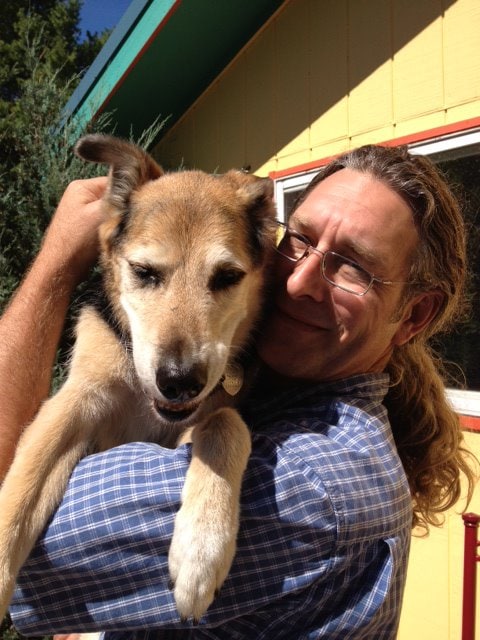 John and Schoep Unger became known worldwide when a photo of John cradling his 15 year old dog in the waters of Lake Superior went viral. The loving daily sessions in the lake help relieve Schoep’s arthritis pain and let him relax.

A donor has paid for Schoep to receive laser treatments for the pain, and on Tuesday John uploaded this video of a session from last week. John said of the laser treatments, at his Schoep and John Facebook page, “I really think it’s helping. He wags his tail again, walks better and it’s easier for him to bend his head down to eat.” Schoep has also received the gift of a tempurpedic dog bed, which also aids in his comfort.