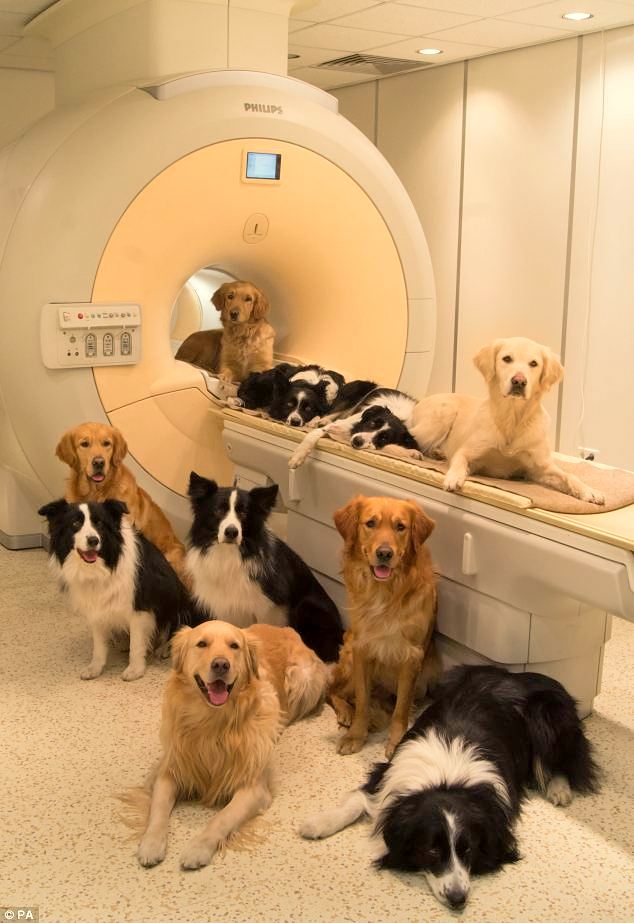 Dog lovers have known these things for as long as our companions have been domesticated: our furry friends process emotion the same way we do.  But now there is research to back up these assertions to skeptical non dog lovers.  They’re not “just animals” – they really are like us.

Anyone who truly loves their dog has told their friends tons of times that when they have been angry or miserable, their dog just knows.  Our pets sense when we’re in need of their support, or when they should just leave us alone, based on numerous cues – our behaviors, pheromones, body language, and, as research is showing – our vocal cues.

Researchers in Hungary took MRI scans of dogs’ brains and found they react to voices the same way humans do, particularly concerning emotionally charged noises – laughing and crying.  Dogs cry, and many can attest to their dogs laughing, at least as much as a dog is capable of laughing, so it comes as no surprise that these are two sounds that evoke specific responses in dogs’ brains. 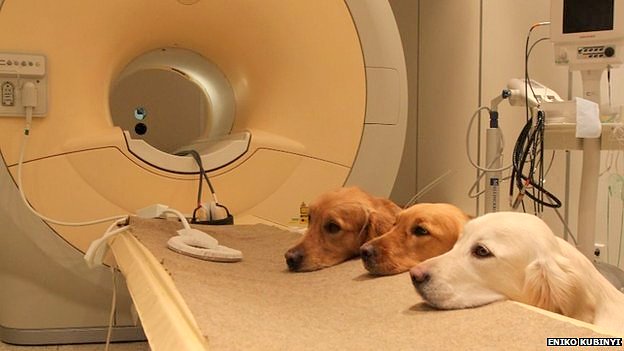 The 11 dogs used were trained to lie still during their scans by using positive reinforcement training.  (What won’t dogs do for a treat?)

“There were twelve sessions of preparatory training, then seven sessions in the scanner room, then these dogs were able to lie motionless for as long as eight minutes,” said Attila Andics, lead author of the study from the Hungarian Academy of Science’s Eotvos Lorand University in Budapest.  “Once they were trained, they were so happy, I wouldn’t have believed it if I didn’t see it.”

Researchers also looked at the brains of 22 people for comparison.  Each subject listened to 200 dog and humans sounds – from environmental noises, like cars and whistles, to whining and crying, and barking and laughing.  While the human subjects showed stronger responses to human sounds, and the dogs reacted more strongly to dog sounds, findings showed that our brains light up in similar areas.

They found that the temporal pole – the anterior part of the temporal lobe, which regulates emotions, hearing, language, learning and memory – was the portion of the brain activated when listening to the human and animal sounds. 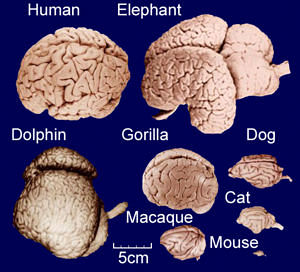 “We do know there are voice areas in humans, areas that respond more strongly to human sounds that any other types of sounds,” Dr. Andics explained. “The location (of the activity) in the dog brain is very similar to where we found it in the human brain. The fact that we found these areas exist at all in the dog brain at all is a surprise – it is the first time we have seen this in a non-primate.”

Just the fact that dogs’ brains are being studied at all goes to show how important they are to us; these are the first studies to be done comparing human brains to the brain of an animal that is not a primate.

“The voice areas are located vary similarly in the dog and human brain, this means these areas evolved at least 100 million years ago – the age of the last common ancestor of humans and dogs.”

Dogs and humans have been sharing a similar social environment for many years. 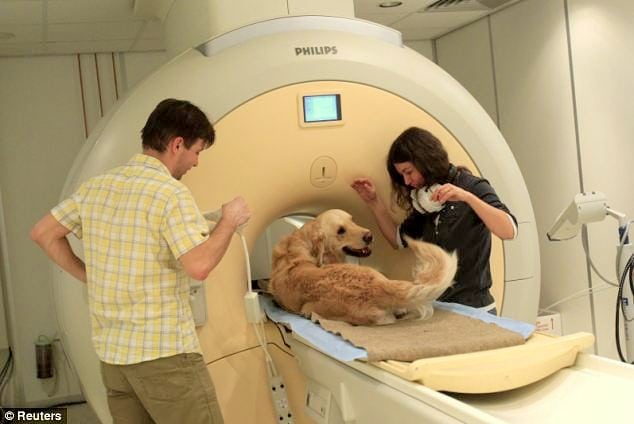 Nearly half of the auditory processing center was activated when dogs listened to the sounds, as compared to just three percent of the same area in humans.

“We know very well that dogs are very good at tuning into the feelings of their owners, and we know a good dog owner can detect emotional changes in his dog – but we now begin to understand why this can be,” Dr. Andics said.

When looking at a dog’s brain, it is clear that they really are not that far behind humans in a developmental sense.  Other studies have shown that a dog’s mental age is comparable to a human child of preschool age.  It seems that one of the only things that really separates humans from dogs is the hyoid bone, which gives us the ability to speak.  But dogs have only been around for upwards of 30,000 years – give them a few thousand more, and they might be catching up.