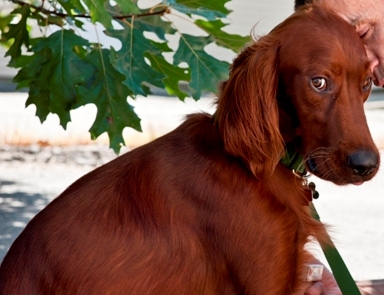 Every now and then, like a bloodthirsty tick, something puckishly political attaches itself to canine culture. Take the case of Seamus, a dog who of late has become a cause célèbre in American political life, and perhaps the most famous Irish Setter to influence an election since King Timahoe, Richard Nixon’s carefree companion, was hounded out of the White House along with the President himself. Indeed, were these two noble reds able to take the place of their masters in an election year debate, I can just imagine one undermining the other with all the playful dispatch of Senator Lloyd Bentsen’s celebrated dismissal of Dan Quail: “But you’re no King Timahoe, Mr. Seamus!”

Indeed, given the media’s obsession with this twisted tale, it’s no wonder: In the world of partisan politics, Seamus’s story has already morphed into a metaphor for canine survival. It has also taken on a glamorous sheen akin to the narrative John Kennedy wove around his heroic efforts to rescue the crew of the PT 109 as it sank into the murky waters of the Pacific. Against bitter odds, and no matter the circumstances as he faces peril without complaint, it is invariably the underdog – or should I say, the undersetter — who somehow triumphs.

For those unfamiliar with the controversy, it seems that in 1983 former Massachusetts Governor Mitt Romney, the shamelessly wealthy scion of a political dynasty who is now a presidential candidate, strapped his Irish Setter, Seamus into a crate atop the roof of his station wagon for a twelve hour drive from Boston to Canada. Only a few hours into what must have seemed an interminable ride, Mr. Romney’s young son, Tagg observed a steady stream of liquid excrement soiling his lovely view of the otherwise bucolic terrain. Evidently Seamus, perched precariously above and unable to control his bowels, had suffered a severe bout of gastrointestinal distress in the form of doggy diarrhea.

One can just envision the ghastly goo of it all, flying out of the crate, on to the roof of the car, oozing onto the window below, and from there, no doubt, splashing all over the highway at seventy miles per hour. Mr. Romney is either an exceptionally skilled driver or a very lucky man who can count his blessings that no one was behind him, at least without windshield wipers. But no matter: Not one to be deterred by inconvenience, Mr. Romney pulled off the road and into a gas station, where he hosed down his vehicle, and as a second thought, Seamus, too, who he gleefully returned to his rooftop kennel for the remainder of the drive.

Nowadays such behavior would be rewarded with a citation and a hefty fine as an egregious act of animal cruelty, an assumption the ASPCA claims was just as true then, under Massachusetts law, as it is today. But the always affable Mr. Romney, professing his love for Seamus, dismisses the incident with the cheerful demeanor of a summertime ice cream vendor. In an interview with Fox News’ Chris Wallace, the candidate giggled his way through his recollection: “This is a completely airtight kennel,” he protested. “He climbed up there regularly. He enjoyed himself. He was in a kennel at home a great deal of time as well. We loved the dog. It was where he was comfortable. And we had five kids inside the car. My guess is, he liked it a whole lot better in his kennel than he would have liked it inside!”

Is that so? Mr. Romney’s avuncular if less than persuasive defense invites a closer look at his cozy confession. What does he mean by “completely airtight”? Does he mean to suggest that it would have been more humane had Seamus merely suffocated en route? And how did the watery remains of Seamus’ dinner seep through? When he fondly recalls the dog “climbed up there regularly”, would he have us believe Seamus was a creature given to extraordinary athletic prowess, surpassing the otherwise average abilities of this long-limbed breed?

We learn, too, that Seamus spent “a great deal of time” in his kennel at home. Given that a crate is the last place a responsible owner would confine an Irish Setter, one of the most high-strung breeds of all, for long periods of time, provides an unmistakable indication of something no less troubling: that Mr. Romney’s love of his dog apparently did not extend to making his life calmer and more satisfying through competent training and daily exercise. While I can only speculate — it may well be that Seamus was the most laid-back dog in the world — it’s hardly a stretch to presume that his idiosyncratic behavior, so common to gun dogs to whom exercise is denied, compromised Mr. Romney’s assertive authoritarianism, which demands order and discipline if it is to flourish. No doubt Seamus’ energetic frolicking, so typical of an Irish Setter left to his own devices, drove the Governor crazy.

But then Mr. Romney informs us that it was in his kennel that Seamus was “most comfortable”. That begs the question: If that was the case, then where was he uncomfortable? Outside the crate? In a park? Or perhaps atop a moving vehicle tooling along at seventy miles per hour, where the wind alone, according to scientists who evaluated the situation, would have enveloped him in nearly ten pounds per square foot of air pressure, leading to dehydration and fatigue? As for his presumption that Seamus, by virtue of the hours he would otherwise have spent in the car (and presumably elsewhere) with five mini-Romneys was better off on the roof, it leads one to wonder: What the hell were those kids doing that would have made Seamus — a splendid representative of a gentle breed who gets along beautifully with children — so bloody uncomfortable?

The current controversy not only concerns Romney’s judgment, but also the cavalier, even dismissive explanation he offers in his own defense. His opponents disparage Mr. Romney for his callous disregard, and wax adamantine when they claim he deliberately put Seamus in harm’s way. Not surprisingly, his political supporters find the matter dated and essentially irrelevant, protesting that Seamus’ canine, rather than human status is reason enough to dismiss the incident as inconsequential, as if dogs have no feelings or rights. Too much ado about nothing, they say. Could they be right?

I suspect the truth lies somewhere in between. No matter his poor judgment, Mr. Romney deserves a bit more slack than either the media or the most fervent animal activists are willing to give him. While it is true that he valued Seamus as a pet, if not as a family member (would he ever have exiled any one of his children to the roof of his car?), it would be a leap to presume that he purposely set out to harm the dog with premeditated malevolence. After all, Governor Romney, who once empowered a great many disadvantaged people with one of the most sophisticated public health care programs in the country, is no sadist, either. And while his behavior towards Seamus, while unreasonable, inconsiderate, and illogical, was most likely illegal, his intention, if we take him at his word, was to protect him.

Even so, the argument some have made in his defense — that the early 1980s predated the copious concerns we all have today with animal welfare, diet, and the availability of (and information about) positive reinforcement training — falls flat. Nothing changes the fact that Mr. Romney, an exceptionally savvy, mature and intelligent man, should have known better, and should also know better than to make indefensible excuses in retrospect.

Indeed, a simple admission of his indiscretion would not only go a long way to rehabilitating Mr. Romney’s own political fortunes, but also serve to discourage others from treating dogs with any disrespect. Coming from someone of his prestige and stature, that would at once be a helpful and positive contribution that would earn him the gratitude of animal lovers everywhere.

From those of us who are owned by Irish Setters, here’s a word of advice to Mr. Romney and anyone else who might be thinking of transporting their dogs in a less than conventional way: Dogs are sentient, emotional, and highly reactive beings who rely on the compassion, largesse, and good will of the humans they know as family. They get scared, too, just as anyone would if trapped in a cage attached to the roof of a moving vehicle.

As for my own Irish Setter, Justice, why, he’s a charismatic boy, at once a buoyant, cheerful, free-spirited, and playful soul who, together with my black Labrador Retriever, Ben, enjoys his rides – inside the car. For that, I need only open a window on the passenger side, and the world of scents is his to command. Nothing gives him greater pleasure, apart from dinner or a belly rub, than the fragrant emanations of the countryside where we live on the outskirts of Boston, where Seamus himself once roamed. Thus, I would be delighted to extend an invitation to Mr. Romney, who I would absolutely trust to take my setter for a drive, so long as he’s allowed to assume his favorite spot in the back seat. That’s because, in my neck of the woods, Justice prevails…. 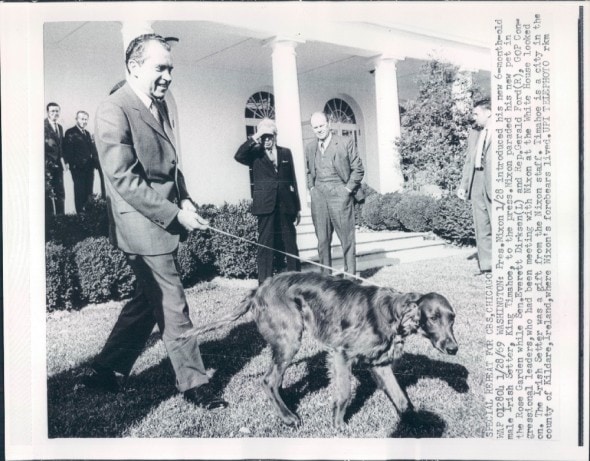 7 thoughts on “Finding Justice: The Unsettling Case of Seamus Romney”