When Boston firefighters were called to a frozen pond, they went there believing the call was for a person who had fallen in.  But when they saw it was a dog, they got to work just the same, and a fireman hacked his way through the ice to save the freezing cold Maggie.

Emily Andrea Robertson doesn’t know why she walked the way she did last Thursday, but because she chose to walk along Jamaica Pond in Boston, she was able to help save a dog’s life and catch the tense rescue on video. 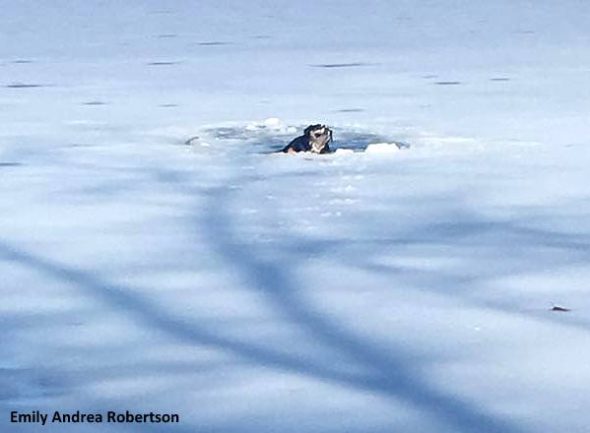 “What a morning. I almost didn’t walk the way I did on the pond but I’m glad I did,” Emily said on Facebook. “I saw Maggie had broken through the ice and her owner, William, was shouting for her. Ran over and took off my boots and prepared to go in if she went under (I know it’s not too deep over there because I’ve been wading there) but the ice broke pretty quickly underfoot so I decided to call 911. The fire department came out and bravely rescued her.” 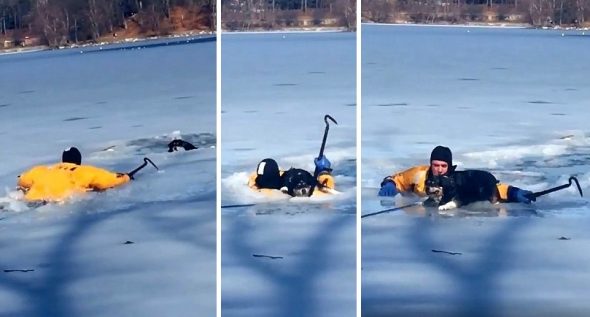 A firefighter put on a survival suit and a rope and began sliding across the ice until it gave way, then he chopped the rest of the way through to Maggie.  He heaved her up onto the thicker ice, and she walked herself back to shore.

“Maggie is such a sweetheart,” Emily concluded.  “I’m so glad she’s ok!” 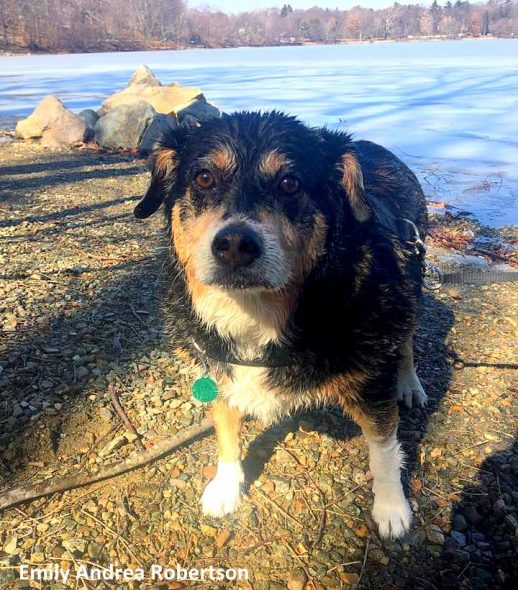