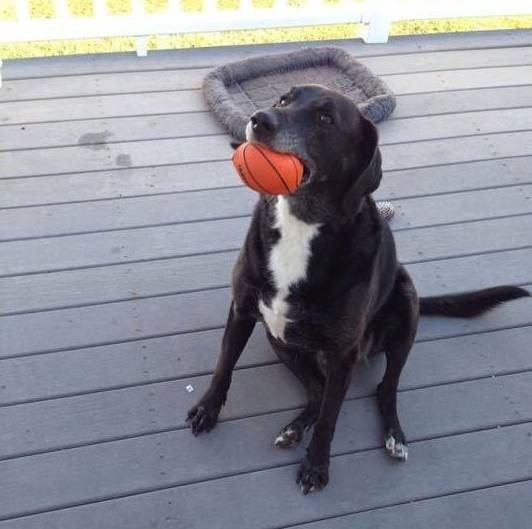 It was a little while ago when Chelsee Lopez first saw the big black dog following her home.  She was on her way home from work at about 1AM when she first noticed her running alongside her car.  At first, she worried that the dog might be a bit aggressive or something could be wrong, however, those fear were quickly squashed by the lovable and silly pooch she’d met.

“I noticed that she didn’t have a collar but her fur on her neck looked like there used to be one there,” Lopez said to The Dodo.  “I could tell she was a family dog, so I assumed she just got out of someone’s yard or something.”

Lopez didn’t give it too much more thought, but she did leave some food and water out for the dog, and just figured that the dog would eat and that would be the ends of it.  She could not have possibly been more incorrect about that. 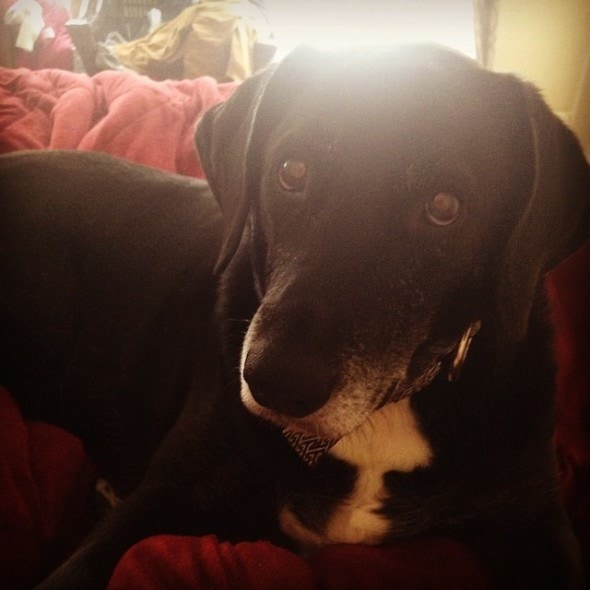 The poor dog, now called Maggie, just sat on Lopez’s front porch and cried the whole night.  Maggie NEVER left the porch.  Even when Lopez came out to go to class the next day, there was Maggie, waiting for her outside.  Lopez decided she’d toss the ball to the sad dog a few times, but she HAD to get to class eventually.  While in class, all Lopez could think about was Maggie.

“I just kept thinking that someone would be looking for her, or she would go home,” Lopez said.

When she returned home, there was Maggie, waiting with this look of anticipation on her face.  Lopez decided that Maggie might need some help finding her way back home.  She began walking Maggie around the neighborhood and putting up posters of her around the area, hoping to find her rightful family.  The thing was, Maggie followed Lopez everywhere, always with this look on her face, wanting just a little love and attention. 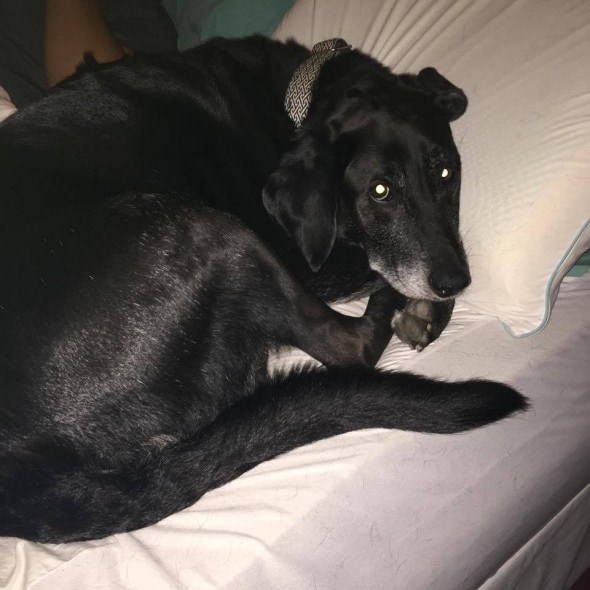 Lopez and her husband brought Maggie into the house that second night.  They weren’t going to make her stay outside again.  The next day, animal control was called and they also began to search for Maggie’s family.  However, even after animal control came to take her, all Lopez could think about was this dog.

“My husband and I fell in love with her and wanted to make sure she was alright,” Lopez said.  “So we would visit as much as we could, and on days we couldn’t visit her, we called up there to see if her family claimed her.  We wanted it to work out for her so bad.”

A week passed, and no one stepped up to claim Maggie.  However, she only was up for adoption for literally minutes.  As soon as animal control had put Maggie up for adoption, Lopez and her husband were right there waiting to adopt her.  And they did. 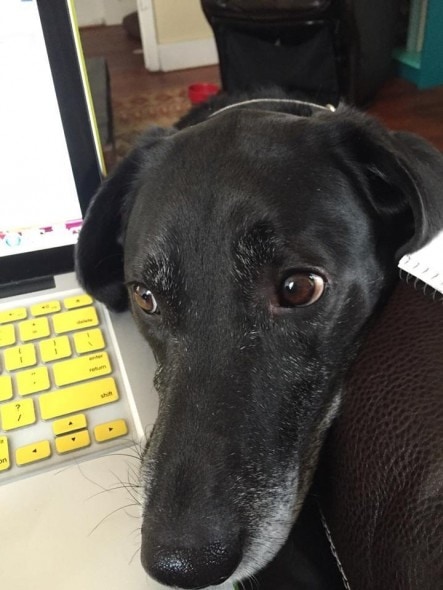 “We showed up as soon as the shelter opened to take her home,” Lopez said.

Maggie may not have been reunited with her former family.  However, ask anyone who knows her, Maggie is one happy dog.  She even has a dog sibling, called Charlie.  Charlie and Maggie are the best of friends, and Charlie seems to no longer be as lonely being an “only child!”

“When we brought her home, they fell in love with each other,” Lopez said. “He no longer barks when we leave the house, as long as Maggie is there.  She is the glue to the family.”