A 73-year-old California man went Russell Crowe on a bear that threatened the life of his dog Lacy, whom he loves like a child and would do anything to protect.

“The man or beast that I run from ain’t been born, and his mama’s already dead,” Carl Moore told CBS 13.

The man was inside his home when he heard Lacy whimper from outside.  He rushed to see what was going on and was surprised to see a bear.

“I ain’t run from nothing; I never have in my whole life and I ain’t going to start now,” he said. “And you’re not going to sacrifice my babies for some damn bear.” 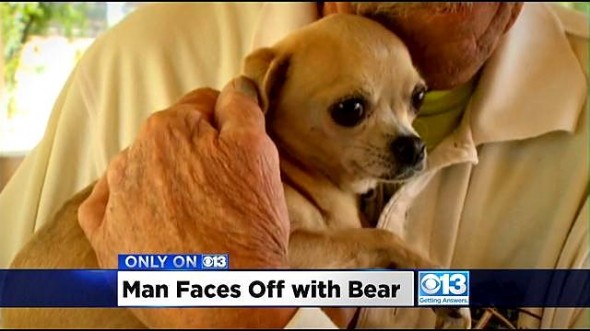 Rather than call police or wildlife officials, Carl charged at the bear.

“And I raised both hands in the air and I cussed at him, ‘Rrraaaaa! Get out of here you bastard, and he looked at me like, ‘Go eff yourself,” he explained.

Carl knocked the bear right in the coconut.

“He come up like this, and turned, boom, I hit him hard. Tyler said I damn corkscrewed his head,” he said. 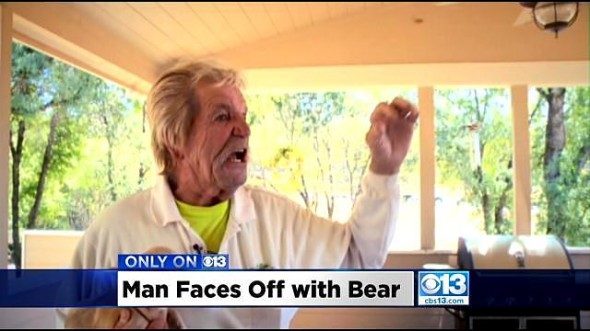 The Sacramento news team interviewed John Sargent, one of Carl’s friends and employees.  He was hardly surprised to see his friend take on the bear.

The bear took off after the incident, likely deciding that such a measly meal wasn’t worth the bruised melon.

“This guy’s a jerk, but he ain’t been back since he’s been smacked by Carl,” the powerhouse concluded. 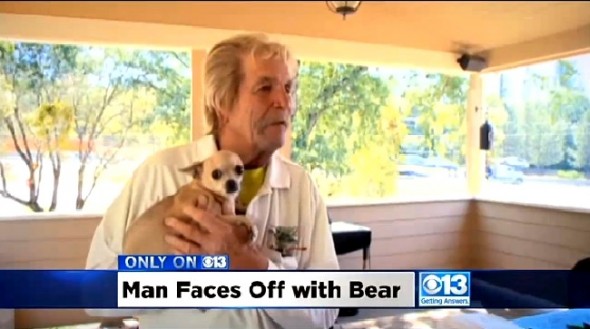