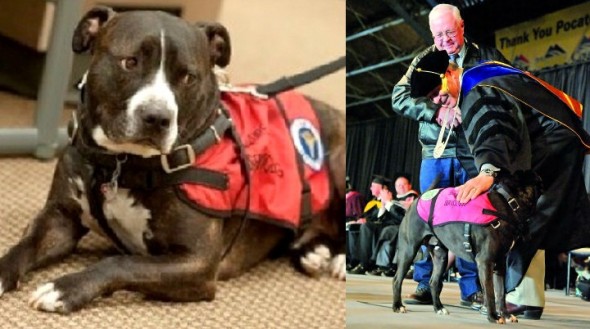 This time of year is special for the families of graduates around the world, but it is bittersweet for the Kelly family.  Their son Josh passed away in February, but he received his bachelor’s degree posthumously and Idaho State University allowed his service dog to walk in his place at the graduation ceremony.

The 38-year-old started as a part-time student and worked to put himself through school.  He had epilepsy, and when his condition worsened, he was left unable to work.  Federal disability allowed for him to attend ISU full time over the last few years.

“He walked almost two miles every morning and evening to catch that bus in Idaho Falls, regardless of the weather,” said Terrell, Josh’s father. “His education was extremely important to him. He became my hero. I thought it was really amazing how committed he was to his education despite everything he faced.”

EMS frequently found the geosciences major on the side of the road or someone’s lawn after suffering a grand mal seizure.  Cletus was always there to stand guard over his companion until help arrived.

“We’re exceptionally grateful to the Idaho Falls EMS and police department,” Terrell said. “Many times on the way to the bus Josh would have a seizure, and he’d call and we wouldn’t know exactly where he was but Cletus would bark and cause a commotion until someone would come. I don’t know how many times Cletus saved his life.”

Josh was only two classes away from being a graduate when he was admitted to a hospital in February.  He was in intensive care, and died on February 13th.  Because of his devotion to education, ISU decided to honor Josh’s memory by granting him a posthumous bachelor of science in geology.

“I think it is wonderful that the University is granting him a degree,” said his mother, Lynne. “During that last semester he was having a difficult time with his memory because of the seizures, which made it especially hard for math classes. He had brain surgery, nerve stimulations, and he was on medications, but nothing stopped the seizures. He continued to a have a grand mal every month, and would end up missing a couple of days of classes after each one.”

“He was taking calculus II for the third or fourth time around,” Lynne continued, “but was so excited that he was going to graduate, after passing a test early in the semester.”

The man and his dogs, staples on the university campus, made strong impressions on everyone they met, especially those in the geosciences department.  Their kitchen facility will now be named Josh Kelly Kitchen, and their undergraduate study room will be called Cletus’s Corner.

“What really struck me about Josh was that he was a very hard-working person and super reliable,” said Leif Tapanila, chair of the ISU geosciences department, one of Josh’s professors and supervisors as a part-time employee in a geosciences lab. “If you gave him a task he would get it done. He was a real stand-up guy. For a person with the challenges that were put before him, he always faced the day with a smile, a laugh and a joke, worked really hard at his studies and did well.” 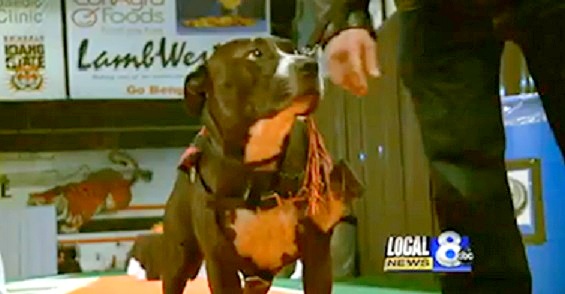 Everyone has fond memories of Josh.

“We had classes together, studied together, went on field trips and hung out beyond school,” recalled Katherine Ware, another geosciences major.  “I said good-bye to him on a Friday, and Monday morning I got the email. I took it really hard. It was getting to the point where he was missing classes more and more, but I didn’t put it together that it was so life-threatening. He always put on a brave face and a nice smile.”

“The geosciences department was like family to him,” Terrell said. “The entire department deserves our praise. We appreciate them – the faculty, department heads, administrative assistants and the students themselves were there for Josh.

“The ADA was phenomenal in assisting him, too, and the faculty throughout campus were wonderful to work with,” Terrell continued, “and we received a nice letter from the president after Josh died. We appreciate all ISU did for our son.”

The graduation ceremony for the nearly 2,500 students seemed incomplete without Josh, but many were moved to see Cletus walking across the stage with Terrell. 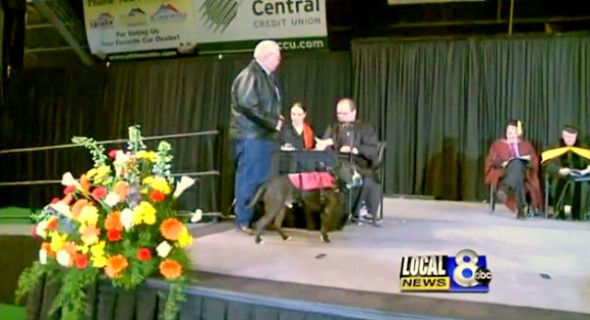 “We’re very, very excited,” Terrell said. “Josh worked for years trying to earn this degree and he was in his last semester. Cletus went to all those classes, too, so he probably deserves half that degree.”

A reporter asked him why, with the reputation pit bulls have, they chose to have one as a service dog.

“I’ll be honest,” said Terrell. “I was one of them that was giving (pit bulls) a bad rep until I met Cletus. And he allows our little grandchildren to climb on him, pull his ears, pull his tail. He’s just great.”

(Please don’t let children do this – that is how so many of them end up being attacked.)

At the ceremony Terrell said that although Josh is gone physically, “He’ll be walking.  He’ll be there.”