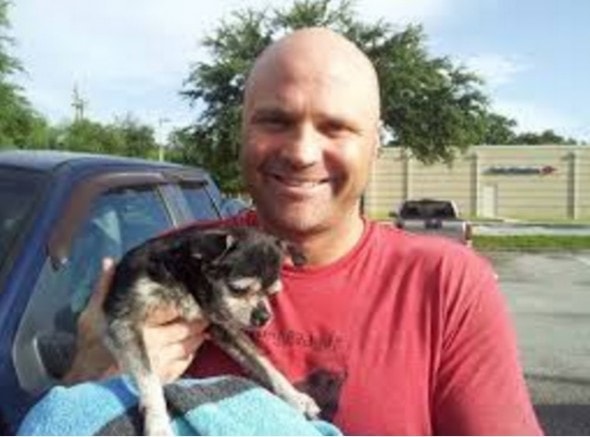 Dusty Showers is a dog rescuer from Florida, and recent he took part in the rescue of a dog living in a burnt out home in Tampa.  It’s unclear if the dog had just been taking shelter in the home or was part of a family that had once lived there.

Shelly, as she’s now called, had been seen for a while before Showers had been called in.  He went out to the home and made repeated attempts at rescuing her, but at first wasn’t having much luck.

He set trap after trap, and returned daily to get a hold of her and get her to some much needed care.  However, the crafty Shelly eluded him time, and time again.

Finally, he went out one day and there was Shelly, caught in one of the live traps.  OK, so now he got her, and now it was time to get her some much needed TLC. 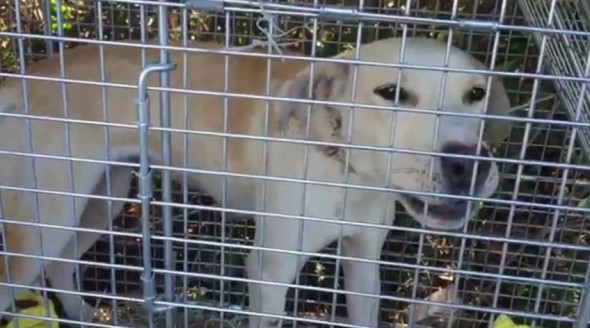 Shelly was very wary at first.  One could only imagine the things this poor dog has seen and been through.  It was slow goings at first, but Shelly would come around.

Once taken out of the trap, her attitude seemed to change immediately.  She’d gone from fearful of Showers, to wanting to become permanently affixed to him.  She really is a sweet little dog.

Showers would love to keep Shelly, but he already is pushing it with the number of rescued animals he already has.  Luckily, he knew of someone that would be willing to foster her.

Shelly wouldn’t be at the foster home forever though.  It wasn’t long until she found a forever home, with a great family that loves her very much.  She is very happy to be in her new home, and her new family has renamed her Kiya.