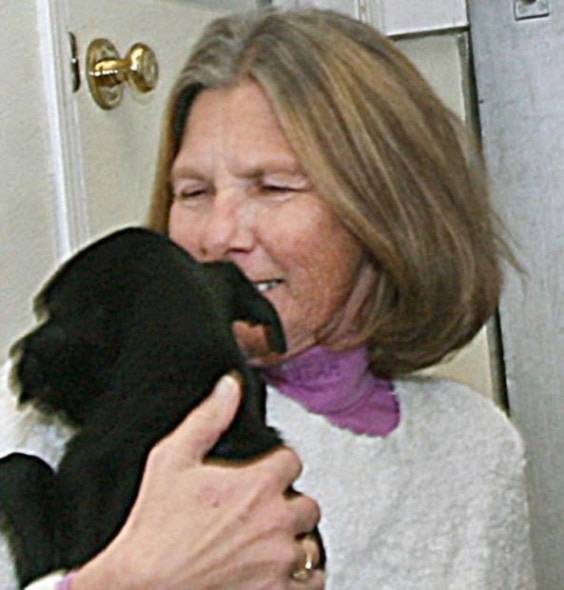 A report from the Cerro Gordo County Sheriff’s Department states Debbie Kern of Patriots for Pets Rescue and Shelter was ordered by a judge to turn a dog over to the sheriff’s office for a return to her family. Her refusal to do so has landed her in jail.

Kern would not release the nine-month-old shepherd mix to the department as directed, so the same judge ordered Kern arrested, and held without bail or bond until the return order was carried out.

As of Monday evening, Kern was released from jail, and the dog has been returned as ordered.  Kern may be happy to no longer be locked up, but the situation is fr from ideal.

Kern and Patriots for Pets are claiming that the dog was abused.  A statement on the rescue group’s Facebook page was sent to a local news outlet stating that the “owner” had abandoned the dog for three to four weeks at his ex-wife’s home.

“We were contacted and got in touch with the ex-wife,” Patriots for Pets said in the statement.  “She gave the dog back to Patriots yesterday.  The dog was placed in a safe place and Debbie refused to release the dog upon order of the court.”

Even though the court decision was aimed at Patriots for Pets and not Kern directly, she was held responsible for the refusal to return the dog.  A hearing is set for October the 7th according to official documents.

“Request was made to the judge to put the dog in protective custody until the hearing and Debbie offered to personally pay for it. The judge refused,” the statement from Patriots for Pets said.

Another message to news outlets from the Patriots for Pets Facebook page said, “This is Debbie.  I was released when the dog was turned over to the sheriff.  Patriots will have a full statement tomorrow after consulting with legal counsel.”

69 thoughts on “Shelter Coordinator Arrested for Refusing to Return Dog”