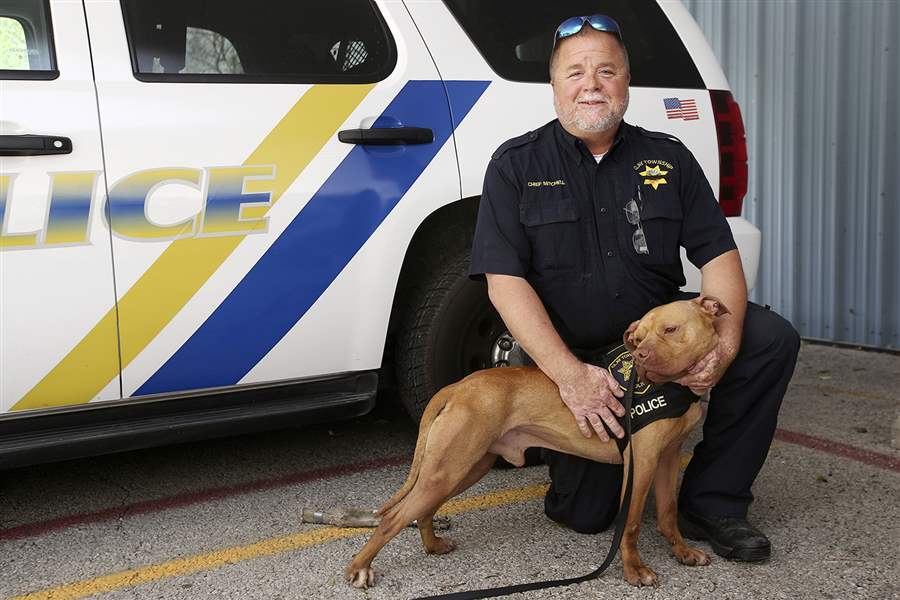 Leonard is definitely NOT what one might expect when it comes to K9 officers, however he really seems to be very well suited for the task.  In fact, he’s so well suited for it, he’s just become the first pit bull dog to ever become a K9 officer in the state of Ohio.

Leonard is about 2 years old, and had spent some time at a shelter before being trained as a police dog.  While there, he was labeled a “problem child,” and many at the shelter considered him unadoptable.  It would seem that the very behavior that got him that label, would be the indicator that he’d be great as a drug sniffing dog.

According to Alloway, the decision to let Leonard go into the police training program was a no brainer.  He has been evaluating dogs and their suitability to police work since 1992.  He said that Leonard is the first rescue pit bull that ever been put into the program, and Leonard’s trainers think he’s just amazing. 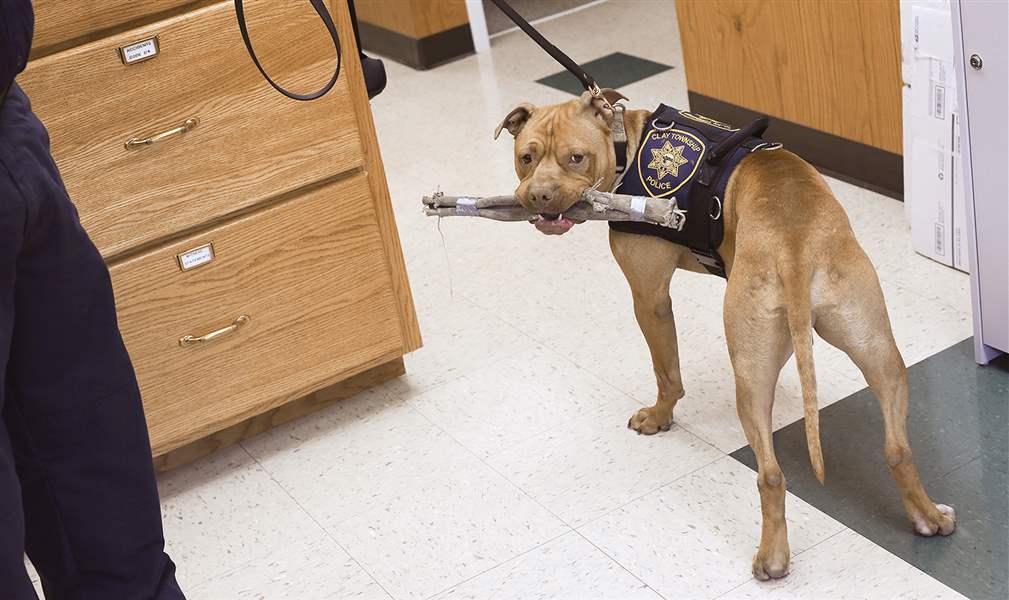 “I couldn’t have asked for a better dog,” said Terry Mitchell, police chief and Leonard’s handler.  “I spent about 10 minutes with him and knew this was the dog for us.”

Chief Mitchell said that the very first thing he did after finding out about Leonard, was to do as much research and gain as much knowledge he could about pit bulls.  Many still see this breed as a dangerous or vicious breed, however, after doing the research, Chief Mitchell said that the situation with these dogs is not at all unlike what officers have to deal with when it comes to human beings.

“If somebody robs a bank, we don’t just go find out what nationality they are and round up all the rest and assume there will be no more bank robberies,” he said.  “It just can’t happen that way.  It’s the individual, and it’s the same with dogs.”

Hopefully, Leonard will have many happy years working with his fellow officers.  Way to go Leonard!  Good dog! 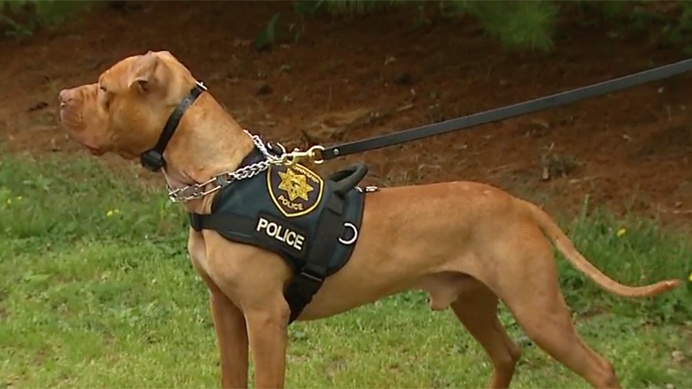